Gather Only With Family, No Water Play During Khmer New Year: City Hall 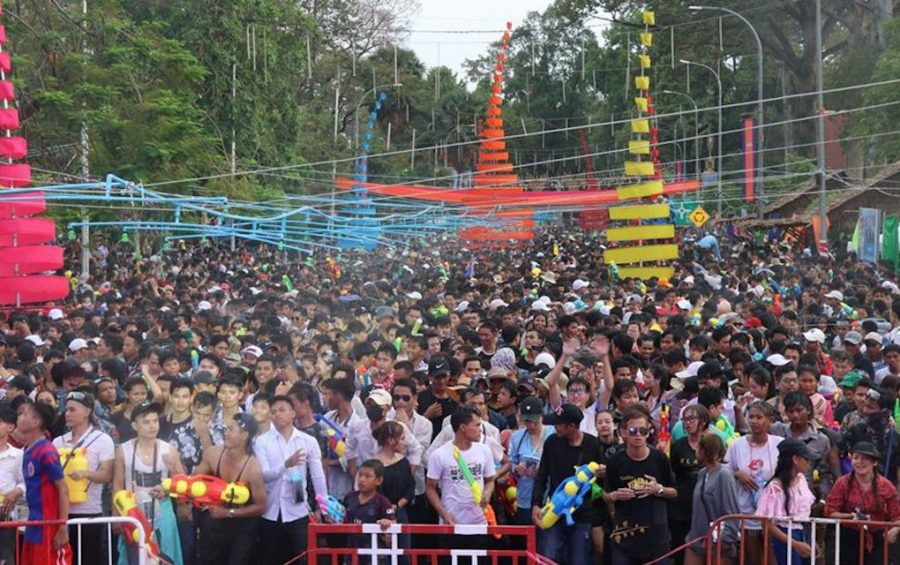 Sangkran events are canceled across the city and residents should gather only within households and avoid splashing water or lighting firecrackers as part of celebrations, Phnom Penh City Hall said on Monday, further tightening Khmer New Year public health measures.

Singing, dancing and gatherings would only be permitted among family members who live in the same household, the directive said.

The directive added that games that involve spraying or splashing water or throwing water balloons and lighting firecrackers are banned.

Echoing a Health Ministry directive from last week, City Hall also said people should only travel if necessary, and pagodas should allow visitors but limit their numbers.

City Hall spokesperson Met Measpheakdey said people needed to follow all directives whether they came from the ministry or the municipality.

Phnom Penh police spokesperson San Sokseyha added that most residents had been cooperative with health measures so far.

Authorities had confiscated 138 motorbikes and 27 cars in the past three days while policing the city’s curfew, Sokseyha said on Monday.

“Most people are aware, and they participate and cooperate in order to help us quickly end the ‘February 20’ community cluster” of Covid-19, he said.

The country has seen a surge of cases since February, leading to school closures, some travel restrictions and Phnom Penh’s curfew. The Health Ministry on Tuesday reported 72 new coronavirus infections and 47 recoveries, with more than 1,000 active cases nationwide.

Kampong Chhnang provincial authorities also issued a directive on Khmer New Year safety measures on Monday, asking commune and village officials to tell families not to have members return home for the holidays.

They should catch up through online communication channels instead, the directive said. Anyone who does come to the province will be asked to quarantine for 14 days and inform doctors for testing, it added.

Those who fail to quarantine will face legal action, it said.