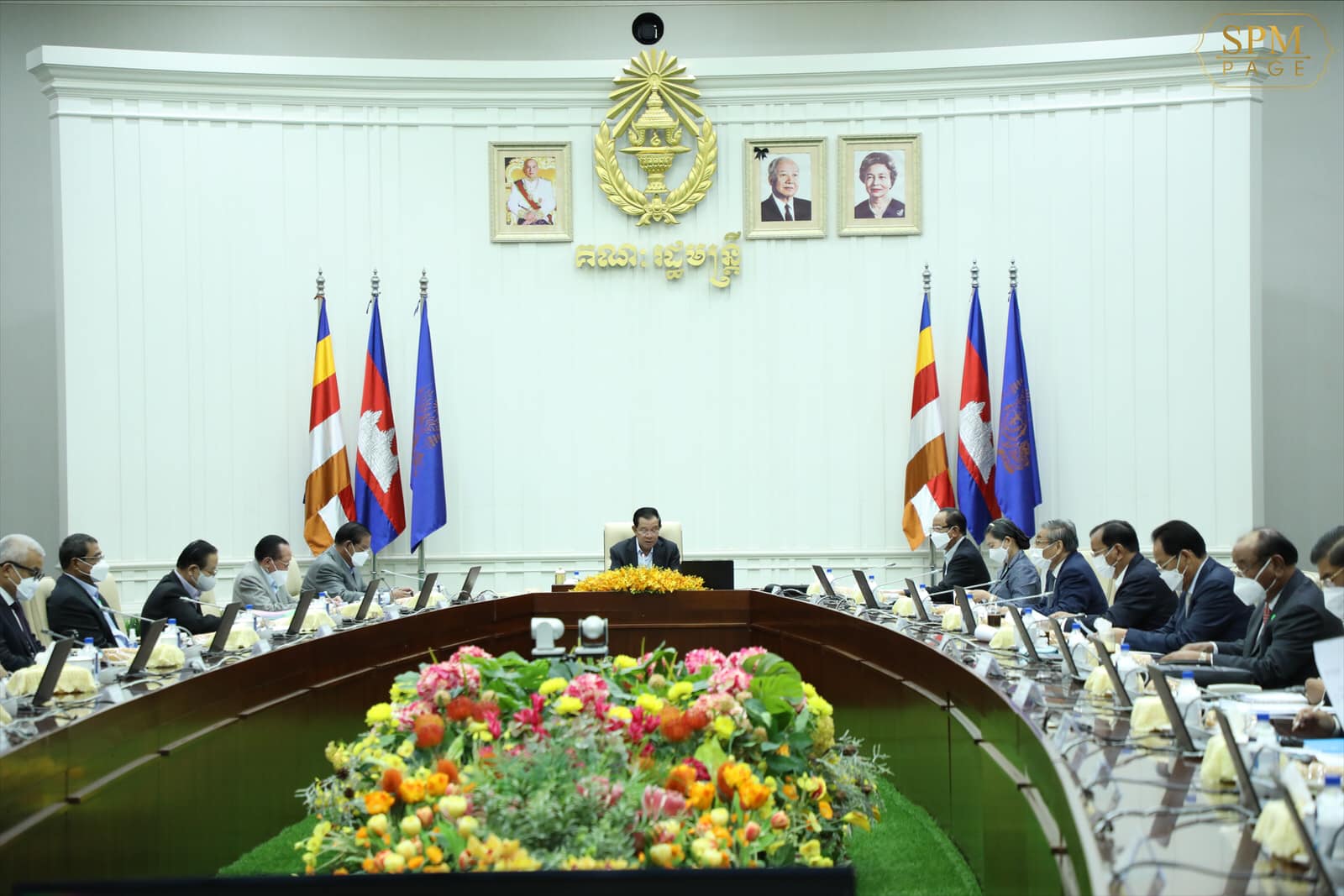 The Council of Ministers on Friday approved amendments to the Cambodian Constitution, proposing changes to articles involving the appointment of the prime minister and functioning of the legislature.

Government officials were tight-lipped on Monday about exactly what changes had been proposed, however.

The council released a statement on Friday and said it had approved changes to eight articles from the constitution, but provided little detail about the changes or why they were needed. The statement only said they would ensure the legislature worked smoothly and sustainably.

“[A]nd secondly, to ensure the protection and maintenance of peace, social security, public order and national political stability in all circumstances to be the foundation for the country’s development in all sectors,” the statement reads.

The statement separates the affected articles into two groups. Six of them are 19, 89, 98, 102, 119 and 125. The two other articles are 3 and 4. There are no details about why these articles are being amended, and the government has not released the draft amendments.

Article 19 relates to the appointment of the prime minister and Council of Ministers by the king, and 125 is about a vacancy in the premiership.

Articles 89, 98 and 102 are about the powers to summon a “high ranking personality” to the National Assembly, the lower house’s power to dismiss the government or council of ministers, and certain functions of the Senate, respectively.

Phay Siphan, a government spokesperson, said the Ministry of Justice will hold a press conference to discuss the amendments, but did not give a date.

“For me, even the draft law, I do not have it,” Siphan said, adding that he did not know why the constitution was being amended or who had requested the changes.

Justice Ministry spokesperson Chin Malin only said questions would be answered at the press conference.

National Assembly Leng Penglong said he had not seen the draft amendments.

This would be the 10th round of amendments to the Cambodian Constitution and the third time in the past four years. The last was in 2021 when the government amended articles to prevent dual citizens from holding four senior political positions — a move directed at exiled CNRP leader Sam Rainsy.

Weeks after dissolving the CNRP in November 2017, the government in 2018 amended articles related to freedom of association and required political parties to put the national interest above all else. It also added a lese-majeste provision that penalized insults against the king.