Government Restricts Movement Outside Phnom Penh Due to Covid-19 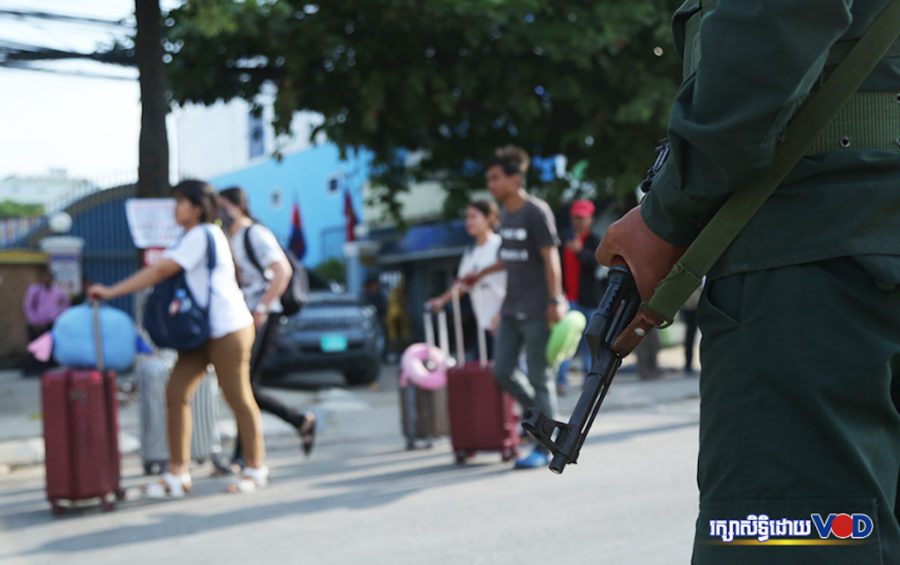 The government on Thursday issued a one-week ban on civilian travel in and out of Phnom Penh, and between districts outside the capital, effective at midnight and aimed at limiting the spread of Covid-19, according to an order from Prime Minister Hun Sen.

The premier posted the order to his Facebook page on Thursday evening, about seven hours before it will go into effect, stating that he “didn’t have a choice” and asking the public for understanding.

“If [Cambodia] had a law on putting the country under a state of emergency, this law might have been used at this time. Please people, understand [the decision] at this difficult time,” he said in the post.

The government is finalizing a state of emergency law, which would give it broad powers to control civilians’ movements, restrict and monitor communications, and sentence violators to up to 10 years in prison, a leaked draft copy of the law says. The National Assembly is expected to review the draft law on Friday.

According to Thursday’s travel ban order, movement within Phnom Penh will not be restricted.

In addition, the order allows the transport of goods nationwide; and travel of civil servants with ID; factory workers who have permission from the Labor Ministry; military, emergency and sanitation vehicles; and groups of no more than four people going to a hospital or health center.

The travel ban will come into effect days before Khmer New Year, one of Cambodia’s most widely celebrated national holidays in which millions typically travel around the country to visit family and friends. But on Tuesday, Hun Sen announced that the official public holiday period next week would be canceled, saying workers would be awarded five days of holiday time when the pandemic subsides, and they’d be “safest” at work.

The Health Ministry on Thursday reported one new Covid-19 case, bringing the nation’s total confirmed cases since January to 118, with more than half of patients said to have recovered. Six more Covid-19 patients — a British woman in Kampong Cham and five French tourists in Preah Sihanouk — have tested negative, the ministry said.

In addition, a Cambodian man who had tested positive for the virus last month, and then was released from quarantine after testing negative, again tested positive and has been hospitalized in Phnom Penh.