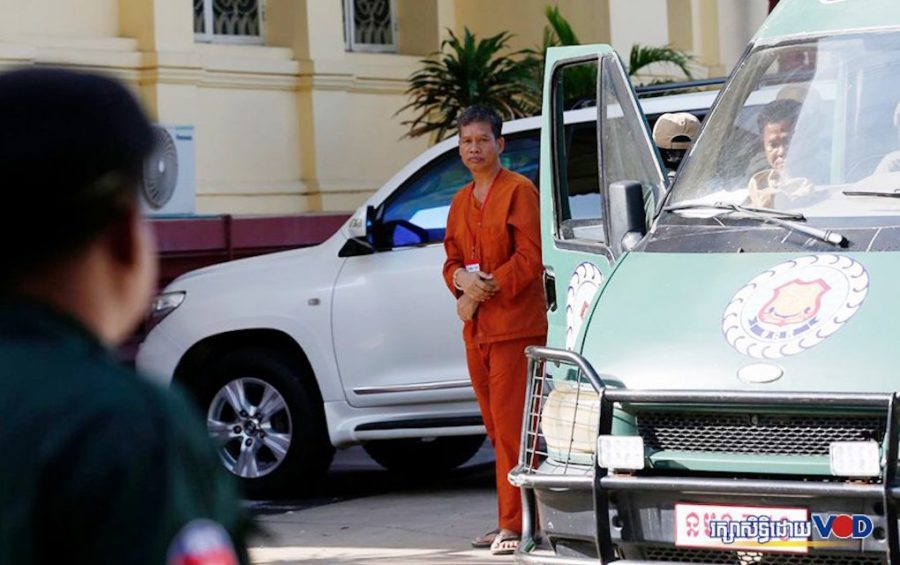 Cambodia’s highest court on Wednesday sent the case of a former translator for Russian state news outlet RT for retrial, while upholding a lower-court decision in a separate case against two journalists who had worked for U.S.-funded Radio Free Asia.

Presiding Judge Kim Sothavy decided to send the case of Rath Rott Mony — who worked as a translator and news fixer for a controversial RT documentary on child sex trafficking in Cambodia, “My Mother Sold Me” — back to the Appeal Court for retrial. In his decision, Sothavy said the Appeal Court did not provide sufficient support for upholding the Phnom Penh Municipal Court’s earlier decision.

The Municipal Court found Rott Mony guilty of “incitement to discriminate” in June 2019 over his involvement in the film, which officials claimed falsely portrayed the stories of women and girls allegedly involved in the sex industry. Some of the film’s subjects were questioned by police and later testified against Rott Mony in court, claiming they were paid to act on camera, but at least one interviewee told local media that her story was accurate as portrayed in the film.

RT stood by its reporting following the documentary’s release and Rott Mony’s late 2018 arrest. The news outlet acknowledged that its film crew had given the subjects money to put toward a laundry business but had no reason to believe their stories were falsified.

Rott Mony appealed his two-year jail sentence, but the Appeal Court had upheld the decision.

Speaking to reporters at the courthouse on Wednesday, Rott Mony said he hoped the Appeal Court would clear the charges against him and urged the court to complete its retrial swiftly. The former news fixer repeated previous statements that he had not committed any crime.

“I think the court will drop the charge, as the Supreme Court has seen that my trial had an issue,” he said. “That’s why they asked for a retrial.”

Yi Soksan, an officer with human rights group Adhoc who has monitored the case, said the Supreme Court should have released Rott Mony, rather than sending the case back to the lower court and in turn suppressing the defendant’s rights.

“I think nowadays, the court does not understand the people’s rights,” Soksan said. “If Rath Rott Mony is out on bail, it would not be a problem if the case is pushed back, but he is under detention and he already served more than two-thirds of his sentence. So, the Supreme Court should drop the charge or limit [the sentence] and let him free. It is more fair, rather than returning the case for retrial.”

Chhin, a former cameraman, and Sothearin, an ex-news editor for the U.S.-funded RFA, were arrested in 2017 on charges of alleged espionage and “production of pornography,” accusations they both deny.  The Municipal Court had ordered reinvestigations into the charges, which the Appeal Court upheld at the end of last year. The pair were released on bail in August 2018.

Sothearin, who has produced news articles for VOD on a freelance basis, told reporters on Wednesday that the verdict was meant to stall the case in order to restrict the two journalists’ rights. Rather than demonstrating justice, the reporter said the court decision exposed flaws in Cambodia’s judicial system and its protection of press freedom.

“For me, I see that it does nothing to benefit [the court],” Sothearin said. “We already saw that many reports always raised issues about press freedom in Cambodia, about the issue of suppression of reporters in Cambodia, the arrest and imprisonment of reporters and the killing of reporters. These display a bad image of the government on the international stage. And if we’re talking about the judicial system, [this ruling] makes people lose their trust in the court system.”

Cambodia ranked 144th out of 180 countries in Reporters Without Borders’ 2020 World Press Freedom Index, slipping one place from its rating last year.