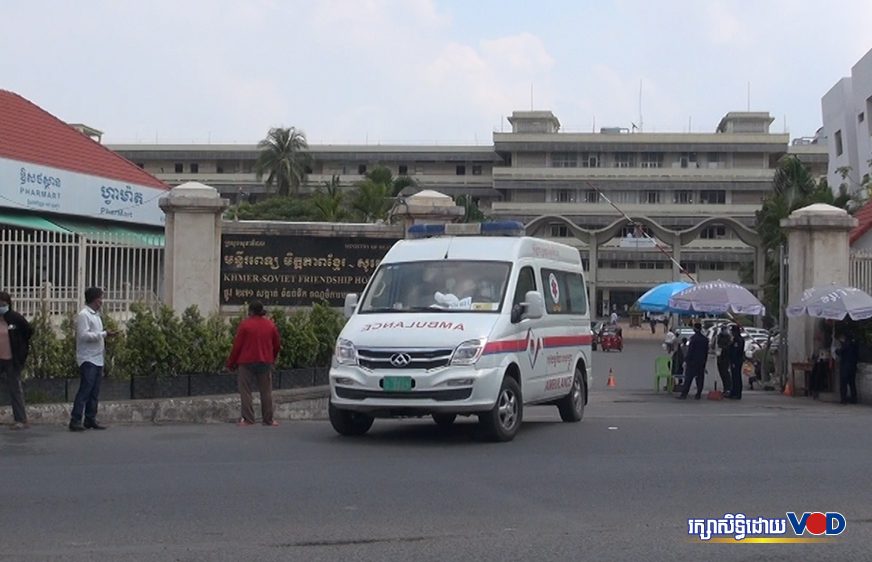 In a single day, Chan Makara took his wife to three private clinics and three state hospitals. But she had a fever, so no doctor would take her without a Covid-19 test, he says.

“We hadn’t even finished explaining her condition, and the doctor asked us to return home. In short, they wouldn’t accept her,” the Phnom Penh resident said. “We hoped they would test for Covid or give us treatment, but instead they pushed us to go home.”

He didn’t insist on receiving treatment at the hospital, but he was worried about his wife because she had recently given birth, Makara said. “I wanted to know … whether her life was at risk or not and whether they could recommend some medicine to cool her fever.”

That incident was in April, when rapid testing was not yet widely available, and Makara’s wife recovered with the help of his uncle, a doctor. But Makara’s brother-in-law had a similar experience in recent weeks, he said.

According to a document circulated on Friday, the Health Ministry issued a directive to public hospitals and private health services that they must accept all arriving patients. The patients should be given rapid tests for Covid-19, and negative cases should be treated normally, while positive cases isolated.

“In the past, there have been frequent incidents where patients with serious illnesses have sought treatment at public health services and private health services that did not accept them for treatment, which adversely affects the Ministry of Health and the dignity of doctors,” said the directive, dated Wednesday.

Private clinics that haven’t been authorized to treat Covid-19 patients should refer positive cases to public hospitals, it added.

Health Ministry spokesperson Or Vandine said she was busy and could not comment. A phone number for Calmette Hospital director Chheang Ra was answered by a man who denied he was the director. Khmer Soviet director Ny Meng did not answer the phone.

Huot Chanyuda, deputy director for the National Tuberculosis and Leprosy Center, said he had no oppositions to the ministry’s guidelines, adding that no patients should be left to die. But the hospital has few beds, so he asked for understanding from patients if the center is crowded or the doctors are not very welcoming under the conditions.

“Because of Delta [strain of Covid-19], there is a high risk, and in my hospital there are only 54 beds, there are not many,” Chanyuda said. “So we take care, we are not indifferent, in general we do not leave patients [alone].”

Local administrations in Phnom Penh have previously disclosed an apparent increase in non-Covid deaths this year, with some saying they were struggling to keep up with paperwork. Some pagodas said they were seeing unprecedented numbers of funerals and cremations at one time.

At the same time, doctors said they were seeing far fewer patients: a Dangkao district public hospital and Meanchey district private clinic both said visitors were down about 70 percent due to fear of Covid-19.

In May, one son took his mother to three different Phnom Penh hospitals 一 two of which were public hospitals that allegedly turned her away while the third, a private clinic, was too costly 一 before traveling to a Kampong Chhnang hospital where she died with Covid-19.

Makara, whose wife was turned away from six health centers in one day in April, said he was concerned that people’s lives were in danger.

“If the doctors still continue their behavior not to accept patients, there will be a high risk for patients when the patient is in a critical condition,” he said. “For my wife, she was lucky.”

Correction: An earlier version of this article incorrectly named the Chak Angre Krom Health Center as one of the hospitals that turned away a woman on July 1.