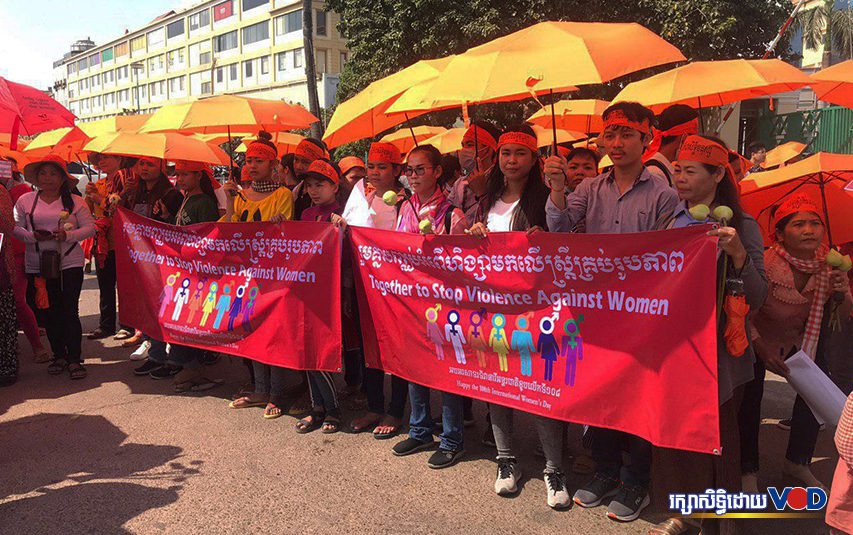 The U.N. and government are partnering to promote youth activism in line with the law, not politics, for a Human Rights Day celebration, the governmental Human Rights Committee spokesman said on Thursday.

Other planned celebrations to mark the day around the country, however, are facing difficulties receiving approval from authorities, and may go ahead in breach of government orders.

The U.N. and government event on Saturday — ahead of the actual day on Tuesday — will feature a live concert at Phnom Penh’s Olympic Stadium from 2 to 8 p.m., according to a U.N. press release. The event will be about “public participation” and “youth as constructive agents of change,” it said.

Chin Malin, the Human Rights Committee’s spokesman, however, said the theme of “Youth Standing Up for Human Rights” was about how the country’s young people could consider change in line with the law instead of being manipulated by unnamed politicians to break it.

“We have seen many young people have been involved in [public] participation,” Malin said. “They were manipulated by politicians or used as a political tool to further their ambitions, via ideology.”

Some young people had fallen afoul of the law and suffered the consequences, he said, “and all of those politicians escaped without being held responsible for the consequences of what they organized.”

Many youth activists connected to the dissolved opposition CNRP have faced arrest this year, including two, Kung Raiya and Suong Neakpoan, who were detained for incitement on the three-year anniversary of political commentator Kem Ley’s murder in July.

Raiya printed T-shirts with Ley’s words, while Neakpoan handed out leaflets calling for an end to extrajudicial killings. Ley was shot dead in broad daylight after calling for an investigation into the prime minister’s wealth, sparking suspicions that the murder was a political hit. Raiya was released on bail last week.

At least 43 CNRP members, including several youth activists, were also arrested in the lead-up to the promised November homecoming of party co-founder Sam Rainsy, who has been living in exile in France and failed to return via Thailand as he had vowed. The government ordered that they be released on bail following Rainsy’s failure.

Public rallies have also been suppressed in recent years, including a planned Women’s Day march held at the same venue, Olympic Stadium, in March. About 300 people were penned into the stadium by armed police to prevent the participants from marching.

Meanwhile, in Koh Kong province, communities protesting land dispossession at the hands of corporate plantations and resorts said they planned to rally and march on December 9 despite local authorities purportedly rejecting their notice to gather.

Ith Toeng, a villagers’ representative, said communities from Botum Sakor — where locals are in dispute with a tourism development by Union Development Group — had notified district and provincial authorities of their plans to rally at local pagodas, but had been denied.

“The district and provincial administrations said they don’t accept it,” Toeng said. “The authorities don’t seem to be happy with us celebrating Human Rights Day.”

Chhan Chhoeun, another representative for communities in dispute with the Heng Huy sugar plantation in Sre Ambel district, also said local authorities had opposed the gathering.

About 800 villagers would go ahead with the celebration anyway despite the risk of arrest, according to Chhoeun. They planned to march around the pagoda and eat num banh chok — cold Khmer noodles that became a political lightning rod earlier this year after former CNRP members gathered to eat the dish, he said.

Koh Kong deputy governor Sok Sothy, however, denied that authorities would prevent people from celebrating Human Rights Day, though he said he had yet to be fully informed by his officers.

“We will look into the reality first, whether the practice is against the policies,” Sothy said. “How many people are they gathering? We will provide public security for them.”

Several civil society groups in Phnom Penh have also planned a gathering on December 10, though the municipal governor said permission from the Interior Ministry was still pending.

Rights organizations said they plan to rally under the theme “Development Must Serve Human Rights” at Freedom Park — a former activism hotspot in the center of the city that was relocated to the capital’s outskirts in 2017.

Phnom Penh governor Khuong Sreng said municipal authorities were open to the rally, but the size of it meant it required Interior Ministry approval.

“Phnom Penh municipality can decide only up to 200 people,” Sreng said. “I have to get approval from the Interior Ministry first, so I will hold a meeting.”