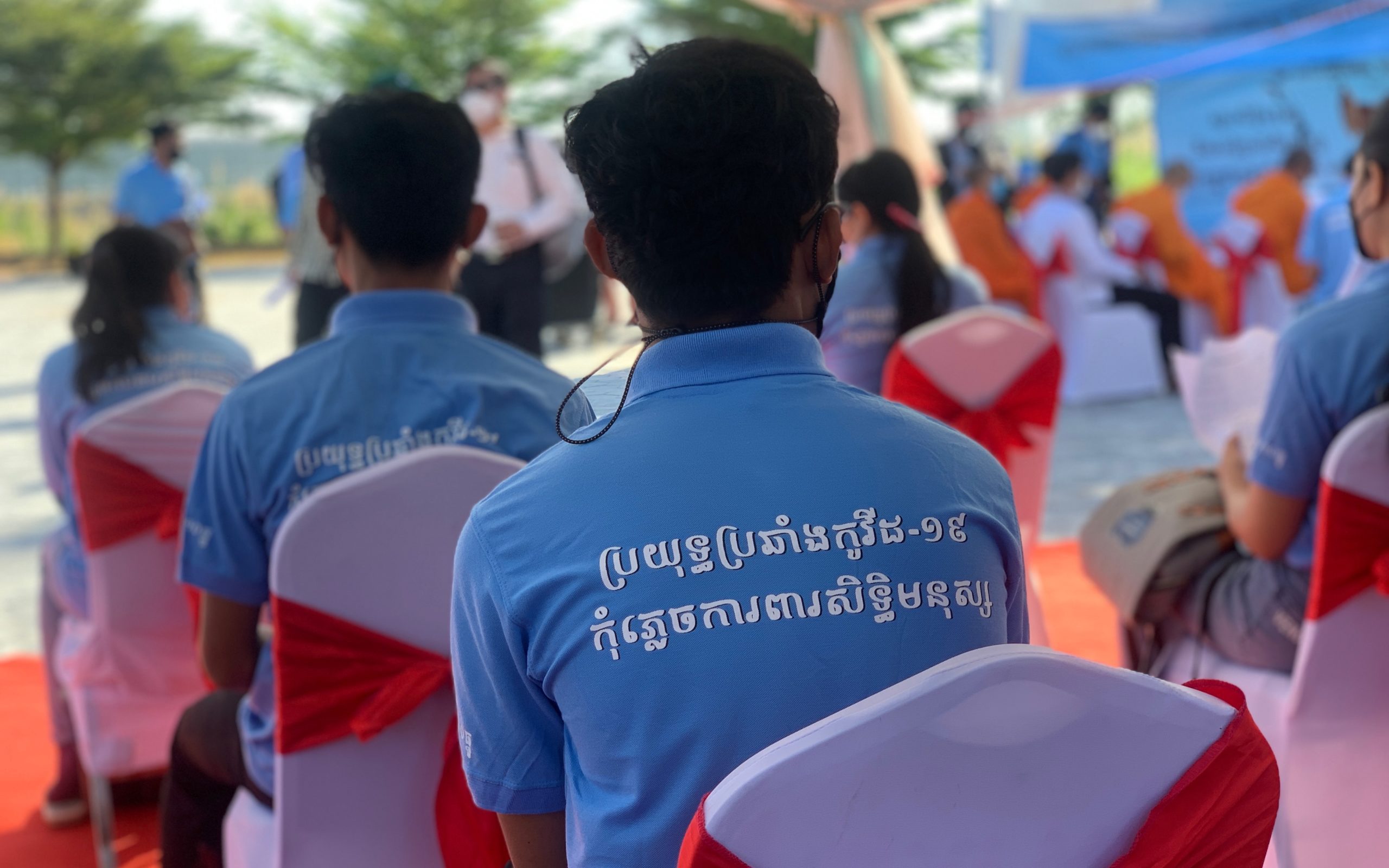 More than 200 civil society members and activists gathered for a celebration of human rights on Friday, held almost a month after at least 18 activists and protestors were released from prison.

Under the cover of blue-and-white tents and the sparse trees of Freedom Park in Russei Keo district, participants were welcomed to the event with a song about the meaning of international human rights day, sung and played on a chapei, or traditional two-stringed instrument.

Most of the participants donned light blue polo shirts provided at the event, with a motto written on the back: “Fight against Covid-19, but don’t forget to protect human rights.”

Adhoc spokesperson Soeng Senkaruna noted that international human rights day — which was struck from the country’s lengthy holiday calendar in 2020 — was meant to remind the government to consider the potential neglect and abuses it can inflict on people in its response to the pandemic.

Like other nations in Asean, Cambodia’s Covid-19 response laws, policies, and actions to suppress protests and monitor court procedures, have been criticized as more likely to stifle citizens’ and journalists’ rights, rather than effectively control transmission of the virus.

Senkaruna reiterated those concerns, calling for all citizens “to have full freedoms and rights in society.”

“I think Cambodia is better with some issues, like​​ elevating infrastructure in the country, but political and civil rights are still tiny [in national priorities] and a concern for the people,” he said. “Without freedom, people are still scared when they are raising their own issues.”

“Freedom of expression is restricted for Cambodian people,” she said. “As you know, we are the only environmental activists working only on environmental issues, and we got arrested under incitement and plotting.”

Ya Faizah, a fourth-year student at the Royal University of Law and Economics and a member of the organization Youth Resources Development Program, said she attended the event to make her voice heard as a youth interested in civil freedoms. She criticized the government’s decision to remove the international event as a holiday, saying people’s understanding of their rights is still limited and the holiday is a good way to inform the public.

“I saw many injustices in society, threatening of​​ environmental activists and land activists when they demanded for the solution,” she said, adding that democratic countries should respect the right of activists to speak out.

Torng Yang, a 63-year-old Chroy Changva district resident who says she’s locked in a land dispute, said it’s crucial for all citizens to understand their rights and know they can speak up without punishment.

“Everywhere [in the country], if there is any torture, we can show how understanding of international human rights can protect our vulnerable people who are threatened by powerful people,” she said. “My message to the government is that it should try to respect human rights across every corner of the population.”