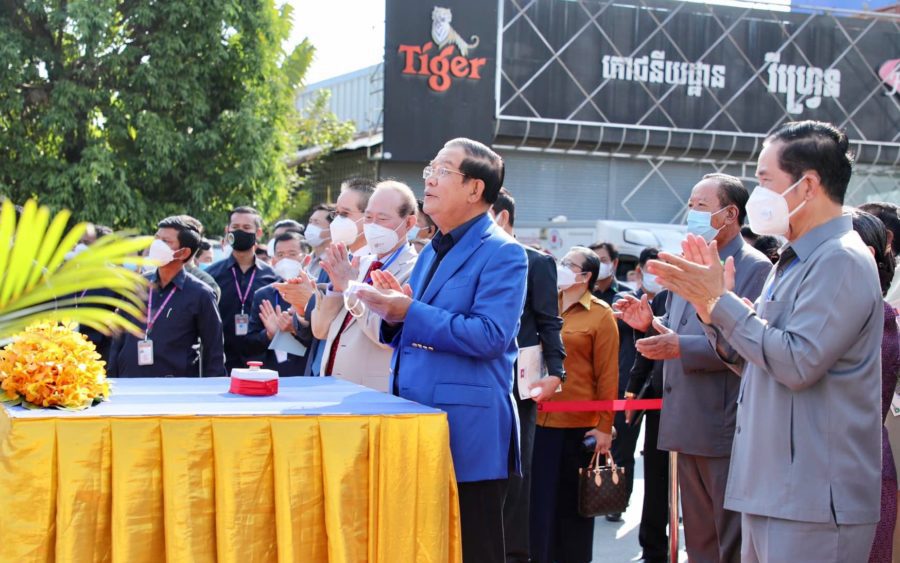 In a monologue debating against unnamed analysts, Prime Minister Hun Sen dismissed criticisms that Cambodia was not fully at peace due to ongoing social injustices.

Speaking at a groundbreaking ceremony for an overpass in Phnom Penh’s Russei Keo district on Monday morning, Hun Sen said some analysts had spoken in news articles that for a country to be truly at peace, there must be peace of mind as well as lack of armed conflict.

Hun Sen, however, argued that peace was not about social injustices or policial discrimination, but about people not getting killed or injured in war as in the past.

“So you still do not have peace?” he said. “You elevate all demands to be reasons for determining whether there is peace or not-peace. I state my definition here: a country that used to be torn apart turned into a country without war. Only that is what I can guarantee.”

Hun Sen has long raised “peace” as one of his great achievements, touting January 7, or Victory Over Genocide Day, when Vietnam-led troops toppled the Khmer Rouge regime in 1979, and building a Win-Win Monument in Phnom Penh to commemorate the end of the remnant Khmer Rouge army in the 1990s.

He has said a vote for his party is a vote for peace, and has encouraged the display of “Thank you peace” banners around the country since 2020. “All human beings need peace, except for terrorist groups that want to destroy it,” he said in a Facebook message at the time.

Ny Sokha, president of rights group Adhoc, said Hun Sen was right about the country’s past wars, but argued that the Paris Peace Agreements of 1991 put forward multiparty democracy for Cambodia, giving the government an obligation to promote human rights and ensure social justice.

People have protested over being deprived of their property without proper compensation, while the legal system has been used to serve political ends, he said.

“It is the violation of human rights that makes people not have complete peace. It is not when there is war, or we have to run or crawl. The important thing is whether we fully respect the human rights mechanism yet. That is important,” Sokha said.