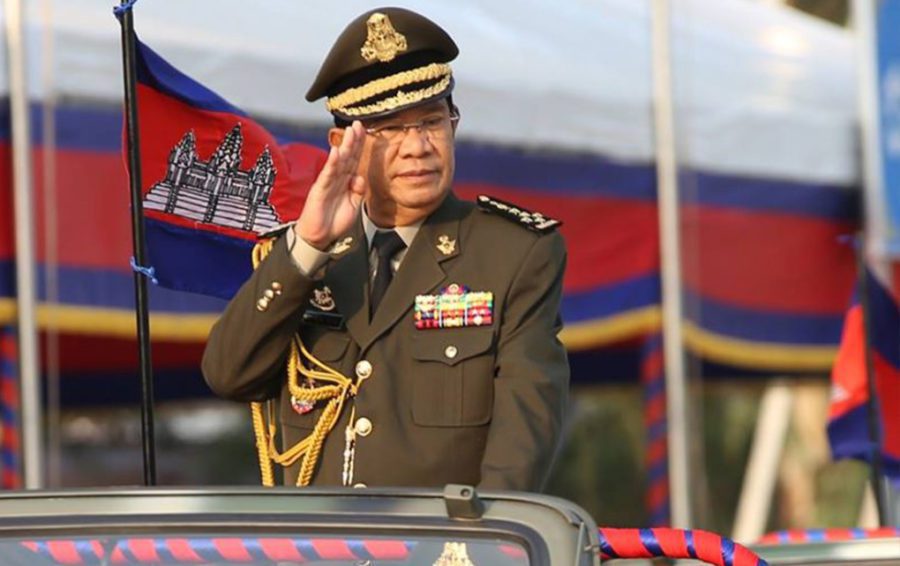 Prime Minister Hun Sen said Cambodia would allocate an extra $40 million to the Defense Ministry to buy “a few tens of thousands more” guns from China.

The money would be in addition to $290 million already spent on Chinese weaponry, Hun Sen said during a speech on Monday while inspecting the construction of a new national stadium in Phnom Penh’s Chroy Changvar district.

“The guns in Cambodia are a bit old, so I ordered a few tens of thousands more to stock up and to equip [the armed forces],” he said.

Cambodia and China have increased their military ties over the past few years, with Cambodia canceling joint training exercises with the U.S. and Australia while embarking on joint drills with China.

Following a trip by Hun Sen to Beijing in April, China also pledged $90 million in additional aid for Cambodia’s military.

China’s concessional loans to Cambodia have grown in recent years, with about $3.4 billion out of $7 billion in debt held by the government owed to China, the Finance Ministry said in March.

Defense Ministry spokesman Chhum Socheat told VOD that Cambodia simply did not have enough weapons. However, he would not disclose the types of arms on order.

“We can’t tell you about this, and we’ll keep it a secret because it is a national security matter. I can’t tell you — but that is just to protect the nation,” General Socheat said.

San Chey, executive director of the Cambodia-based Affiliated Network for Social Accountability in East Asia and the Pacific, said there should be higher priorities for government-spending than arms — especially considering government officials’ frequent boasts of having brought peace and stability to Cambodia.

Chey recommended increased spending on health and agriculture instead.

“We don’t encourage spending the national budget on buying weapons,” he said. “We want to see development and progress.”