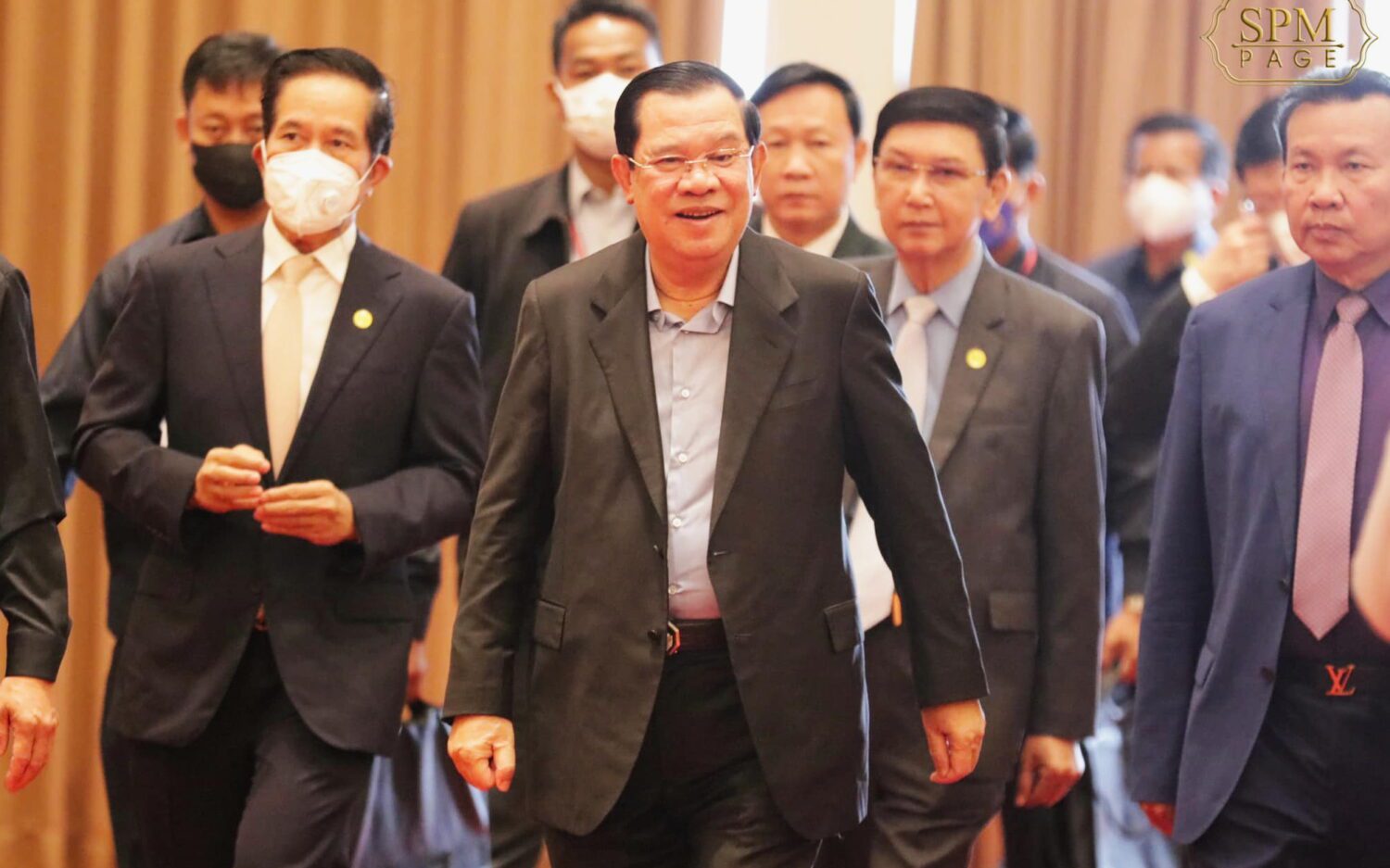 Prime Minister Hun Sen at a graduation ceremony for the Royal University of Law and Economics in Phnom Penh on November 1, 2022. (Hun Sen’s Facebook page)

Prime Minister Hun Sen defended recent tweaks to the Constitutional process of choosing new prime ministers, pointing to the U.K.’s revolving-door leadership as an example of a system with less parliamentary oversight than Cambodia.

Speaking at a graduation ceremony in Phnom Penh for more than 6,000 students from the Royal University of Law and Economics, Hun Sen said the events in England had given him an opportunity to explain recent Constitutional amendments, which have tweaked procedures related to transfers of power.

Some amendments clarified the power of caretaker governments, while others specified who would take over in the event of a prime minister’s death.

On Tuesday, Hun Sen focused on changes to Article 119 about who can propose new prime ministers to the king.

Previously, the National Assembly’s president and two vice presidents would make the proposal. Now, the party with the most seats in the Assembly would.

“[The events in] England will help some people who opposed our Constitutional amendments see clearly,” he said.

When Liz Truss took over from Boris Johnson — and, just a few weeks later, Rishi Sunak replaced Truss — the Conservative Party, as the largest party in parliament, had simply selected a new leader without taking the vote to the whole of parliament, Hun Sen said. Then the monarchy approved the decision.

Hun Sen, in making his argument during the graduation speech, claimed to be responding to critics who had opposed the Constitutional amendments as reducing the National Assembly’s powers, though he did not name any of them.

Ou Chanrath, the founder of the Cambodia Reform Party, said on Tuesday that the change nevertheless whittled away at the National Assembly’s power.

He added that increased requirements in order to summon ministers to be questioned in the National Assembly were also problematic.

The U.K.’s democracy was much more well-established than Cambodia’s, he pointed out, though he said a prime minister should be selected by a general election rather than internally by a party.

Political analyst Lao Mong Hay said he also believed the amendments had reduced the power of the National Assembly.

But the bigger problem was not the rules themselves but lawmakers failing to fulfill their stated duties, he said. They should be active, debate among one another and advocate for their constituents, but instead they blindly followed party policy within a one-party parliament, Mong Hay said.

The ruling party’s stated reasons for changing the Constitution were an excuse, he said.

“This is the spirit,” he said. “They say the Constitution is an obstacle to state processes, but [their intentions] inside is not like that.”