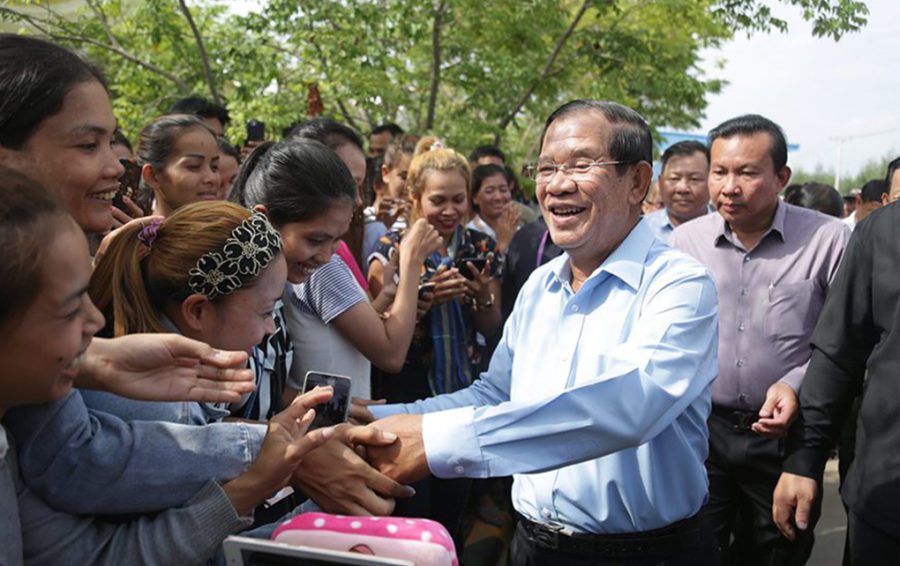 Prime Minister Hun Sen gifted more than 185 million riel (about $46,250) at a gathering of garment workers on International Labor Day, continuing to court a key demographic for the country’s politics and economy.

On Wednesday, the prime minister visited a celebration at the Yi Da Manufacturing factory, in Kandal province’s Keansvay district, featuring food and dancing for about 3,700 workers, he said on his Facebook page.

He said more than 790,000 workers at 1,287 factories across the country also gathered for similar events on Wednesday, an increase of 260,000 compared to the year before.

In Phnom Penh, however, embattled unions also rallied thousands of workers to petition the government to keep working to improve labor rights.

Hun Sen has pursued a public charm offensive toward garment factory workers since recent elections. The industry forms the backbone of the country’s economy, and its workers buttressed soaring opposition support in 2013 with their demand for higher wages.

Beyond just distributing cash at his regular meetings with workers, in recent years Hun Sen has also overseen a significant rise in the minimum wage, from $100 a month five years ago to $182 today.