Chinese Foreign Minister Wang Yi and Prime Minister Hun Sen pose for a photograph, which was posted on the latter’s Facebook page.

Cambodia remains neutral and willing to accept aid from anyone, but Phnom Penh’s newly completed stadium and the country’s vaccination drive are evidence that receiving China’s support is paying off for the nation, Prime Minister Hun Sen said.

In a speech during the handover of the stadium on Sunday, which came during a visit by Chinese Foreign Minister Wang Yi, Hun Sen reiterated the bonds of “steel” between China and Cambodia.

“Today, we are really proud. It is not only me as an initiator and the one who sought a partner in China, especially with [President] Xi Jinping, but it is also the pride of the whole Cambodian nation to receive kind assistance from our friend,” he said.

He said he had spoken publicly and at a recent conference that in procuring millions of doses of Chinese-made Covid-19 vaccines, “if I didn’t rely on China, who would I rely on?”

“These are not joking words and also not words to vanquish anyone but it is the truth,” he said. “If not for China helping, would you all have been vaccinated?”

China has donated or sold more than 26 million doses of the Sinovac and Sinopharm vaccines, which have helped accelerate Cambodia’s vaccination program through which 71 percent of people have received at least one dose.

“If I am not confused, if not for China donating vaccines so far Cambodia would have at most vaccinated two million people,” Hun Sen added.

The prime minister said the country had a well thought-out and steady foreign policy, and took umbrage with domestic and international observers questioning whether his government was too reliant on China.

Hun Sen and Wang Yi signed six bilateral agreements on health, mine clearance and other sectoral cooperation, with China pledging a $270 million grant and 3 million further doses of Covid-19 vaccines.

The two also spoke about the bilateral Free Trade Agreement, which was recently ratified by the Cambodian National Assembly. While the agreement is yet to come into effect, Cambodia is already exporting bananas, mangoes and rice to China under stringent sanitary and food safety requirements.

Hun Sen said the government will find export markets for agricultural products, especially longan. Longan farmers are unable to sell their produce after China banned imports from Thailand because of mealy bugs and affecting procurement from Pailin farmers.

“I would like to inform you that three kinds of longan that we grow are in crisis,” Hun Sen said.

The prime minister’s Bodyguard Unit, led by Hing Bun Heang, has been tasked with procuring farmers’ longan harvest, but one farmer has been imprisoned for criticizing the buying mechanism.

Wang Yi said China would boost the import of agricultural products from Cambodia and make the process more efficient.

“We will push this issue to provide more benefits to Cambodian farmers,” Yi said.

Theng Savoeun, president of the Coalition of Cambodian Farmers Community, welcomed the possibility to export more agricultural produce to China, but said officials needed to first address more pressing issues like the need for technical know-how, storage facilities and improving phytosanitary requirements in line with those of neighboring countries.

“If there is a national budget, it should be released to help farmers with loans or to find partners to process the products or to attract enterprises to invest in sanitation, for which we [now] mostly rely on Thailand,” Savoeun said.

Tai Song, a farmer in Kandal province’s Sa’ang district, said government officials had made similar promises like finding new export markets in the past, but he was still having to throw away hectares of his lettuce crop for lack of buyers.

“It has been 20 years. I always hear this. It seems to not be working for me,” he said. “I always have to find a way to solve it by myself. It is self-reliance.” 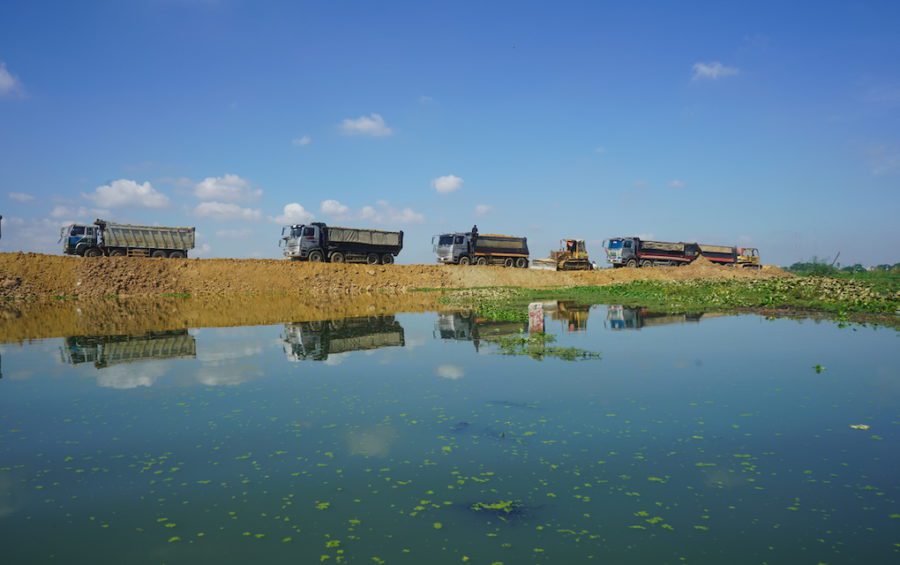