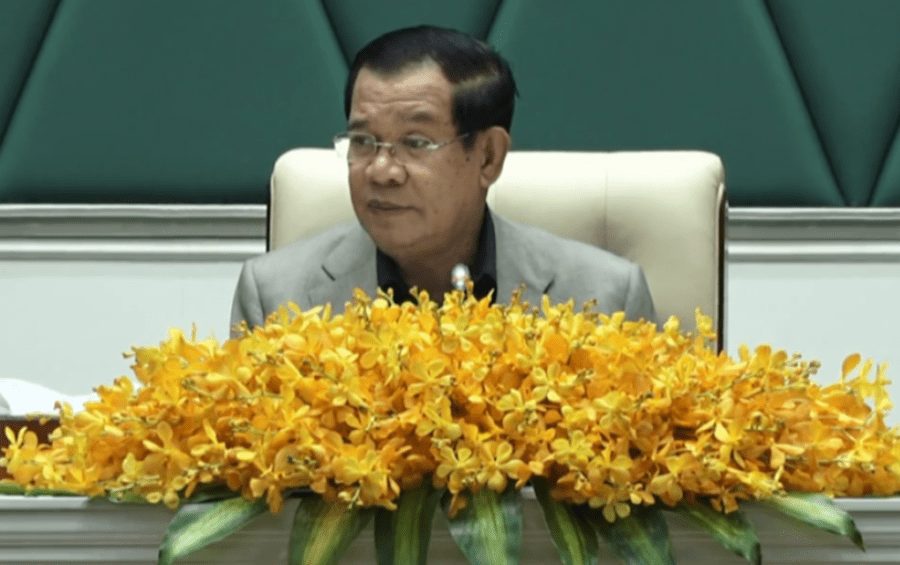 Hun Sen gave the order during a speech to students who graduated from high school this year with an A grade in their final exams.

“If the [deployment of the] military has been announced like this, it means troops need to be deployed and use all kinds of weapons, because this is not a demonstration. This has reached [the point] of using weapons,” Hun Sen told the students.

Hun Sen’s language on Monday echoed a speech he gave in March warning of a “see one, beat one” policy against any gatherings of former members of Rainsy’s opposition CNRP, which was dissolved by Supreme Court order in November 2017.

Mu Sochua, former CNRP vice president, noted that the senior leaders who were pledging to attempt a return to the country were unarmed.

“The Cambodia National Rescue Party would like to reiterate that the party does not have weapons and never had weapons and the intention of our return is nonviolence,” Sochua said.

The party has, however, raised money among Cambodians abroad to offer funds to any defecting soldiers upon the opposition leaders’ return.

Rainsy, who has lived abroad since 2015 to evade court actions against him, announced his promise to return on August 16.

Sixteen CNRP activists and former members have been arrested for incitement or plotting in the weeks since, according to a list provided by Sochua. Seventeen others were arrested and detained on various charges this year prior to Rainsy’s announcement.

The government has labeled Rainsy’s promised return a coup attempt, and any supporters as criminals participating in the plot.

Political observer Em Sovannara said the use of the armed forces would be akin to the country falling into a state of emergency, with democracy and the rule of law becoming a distant mirage.

“If the conception is realized, it will be martial law,” he said.