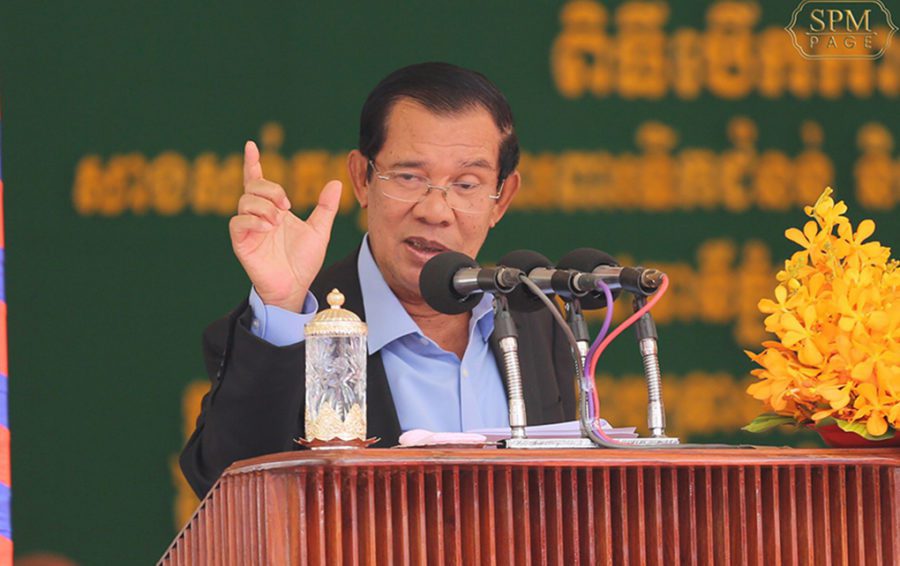 Prime Minister Hun Sen has ordered government forces to strengthen the security situation in Cambodia to prevent any repeats of the Easter Sunday terrorist attacks in Sri Lanka that have so far killed more than 320 people.

Speaking at a university graduation ceremony in Phnom Penh on Tuesday, the prime minister condemned Sunday’s attacks and also called for renewed focus on preventing Cambodia being used to source weapons or shelter terrorists.

The Easter Sunday bombings targeted Christian churches in Colombo — the largest city in Sri Lanka — and so far have led to the deaths of 321 people. Sri Lankan officials say they have arrested 13 suspects and are still investigating.

Hun Sen’s government has a complicated history with the issue of terrorism.

Hambali, the leader of Southeast Asian terrorist group Jemaah Islamiyah that was responsible for the October 2002 Bali bombings that killed 202 people, reportedly lived freely in Phnom Penh for a period from 2002 to 2003. He was later arrested in a joint operation by Thai authorities and U.S. intelligence while in Thailand.

Cambodia was later called upon by a U.N. official to stop Cambodia becoming a safe haven for terrorists, leading to public complaints from Hun Sen. In November 2000, a group of about 50 armed men had also attacked prominent government buildings, including the Council of Ministers, in an attempt to overthrow Hun Sen.

However, the government has also been accused of using claims of terrorism to silence its most vociferous critics and in January 2015 prosecuted a group from the Khmer People Power Movement for “terrorism” for distributing shirts and leaflets.