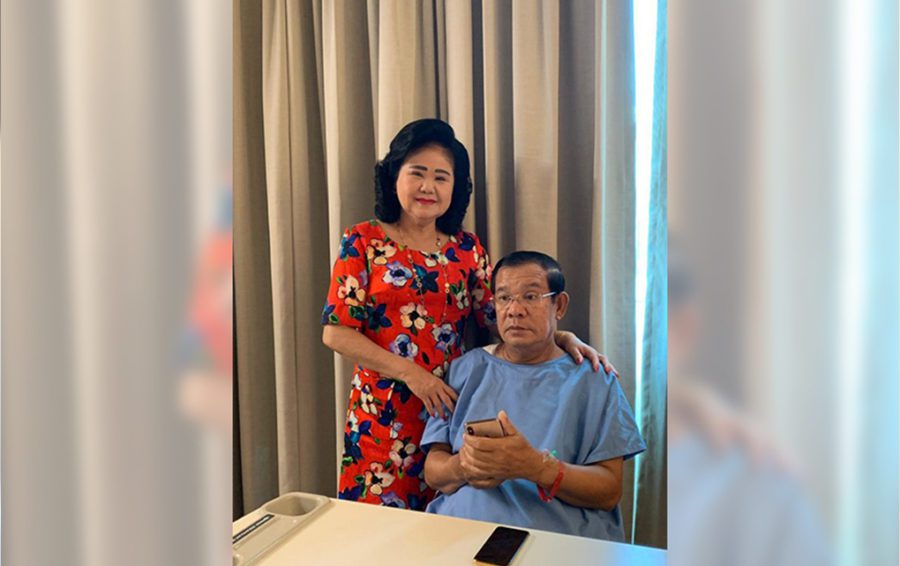 Hun Sen in a hospital in Singapore. Image: Facebook of Hun Sen

Prime Minister Hun Sen has canceled his appointments for the week after receiving treatment in Singapore for what he said was a shoulder sprain.

“I ask for forgiveness from all friends, both foreign and Khmer, who were to meet me in the upcoming week, with whom I have to cancel meetings,” Hun Sen wrote on his Facebook page on Saturday.

On Sunday afternoon, he posted an update saying that he had been treated overnight.

He added that “a small group of people” had wished him dead in Facebook messages. The 66-year-old told them that they were out of luck as he would live another 40 years.

Hun Sen did not specify who he considered as “traitors,” but the main opposition Cambodia National Rescue Party (CNRP) was dissolved by Supreme Court order and its then-president Kem Sokha arrested on charges of treason in 2017. Sokha remains under house arrest while party co-founder Sam Rainsy lives in exile in France with a slew of court convictions against him.