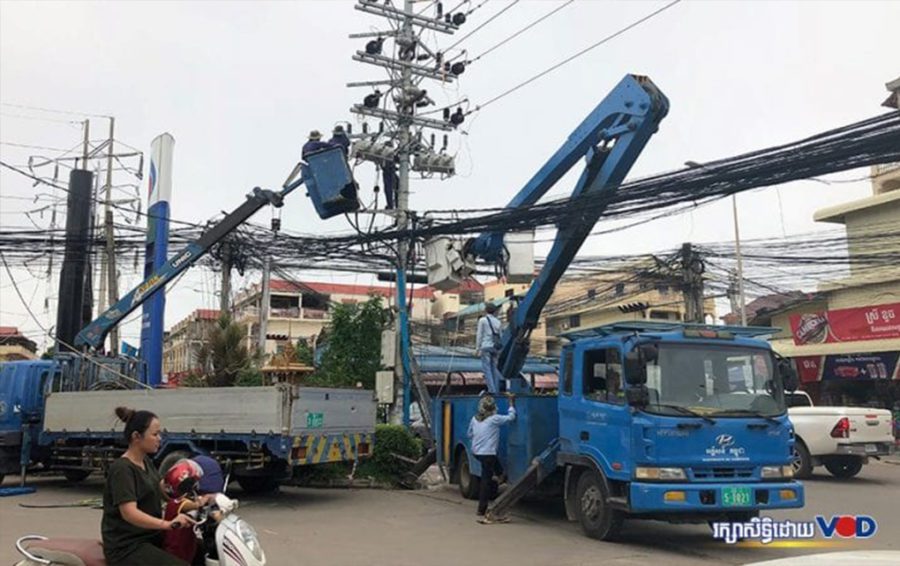 Demand was exceeding supply by up to 400 megawatts because of reduced generation from hydroelectric dams, Hun Sen said, and promised possible relief by contracting Turkish “powerships” that could generate hundreds of megawatts of electricity using oil and gas while being moored off the coast.

Speaking at the annual River Festival, held this year in Kampong Chhnang province, Hun Sen said the government was working on a solution.

“A large part of our country uses electricity, but hydropower dams are dried up,” he said.

“We are waiting for an answer from the Republic of Turkey in order to bring ships installed with generators to run in Cambodia within a few months,” he said.

Turkish “powerships,” operated by the Karadeniz Energy Group, have been used to supply emergency power to countries around the world in recent years, including Indonesia, Pakistan, Ghana and Lebanon.

Last week, power outages across the country—many of them lasting several hours—led to widespread criticism on social media.

According to the Council for the Development of Cambodia, total power demand in the country is expected to reach 2,770 MW by 2020, with hopes that new coal and hydro plants coming online will cut down on Cambodia’s long-standing reliance on electricity imports from neighboring countries.