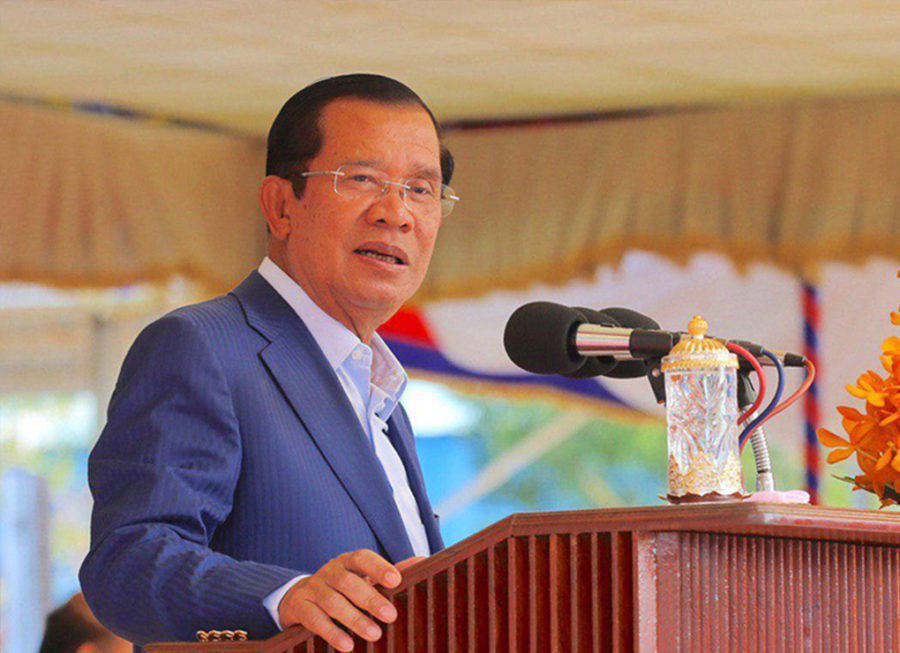 Prime Minister Hun Sen suggested he would sue former opposition leader Sam Rainsy for at least $2 million over alleged insults on social media and would confiscate his assets in the country.

Speaking to garment factory workers in Koh Kong province on Wednesday, Hun Sen said he had already told his lawyer to prepare evidence for a court complaint, though he did not directly name his would-be defendant.

“By now there are more than 30 posts that you’ve posted to insult me,” Hun Sen said.

“If [another] is coming again today, we will use it and collect it as evidence to confiscate your assets in the country,” he said, adding that he would “demand no less than $2 million.”

The aim was “to make [him] less disrespectful,” he said.

Though Hun Sen mentioned no names, he also expressed disappointment at his previous lawsuit, in which he sought only 100 riel in damages.

That suit was filed in 2016 against Rainsy for claiming that the government was behind the killing of political analyst Kem Ley, who was gunned down while drinking coffee at a gas station mart in Phnom Penh.

Rainsy has not responded to VOD’s requests for comment.

Sociopolitical analyst Ly Srey Sros said the legal system in Cambodia was dominated by political influence, and Hun Sen’s threat to seize his opponent’s assets was neither new nor beneficial.

The prime minister’s words also showed the government was not ready to work toward a political solution over the dismantling of Rainy’s main opposition party, which has led to increased international pressure over what some countries see as an authoritarian turn, she said.

“We are facing the threat of economic sanctions from the EU,” Srey Sros said. “The government doesn’t seem to be focused on the important and core points for solving the political deadlock.”

Rainsy lives in exile in Paris while his party co-founder, Kem Sokha, is under house arrest in Phnom Penh.