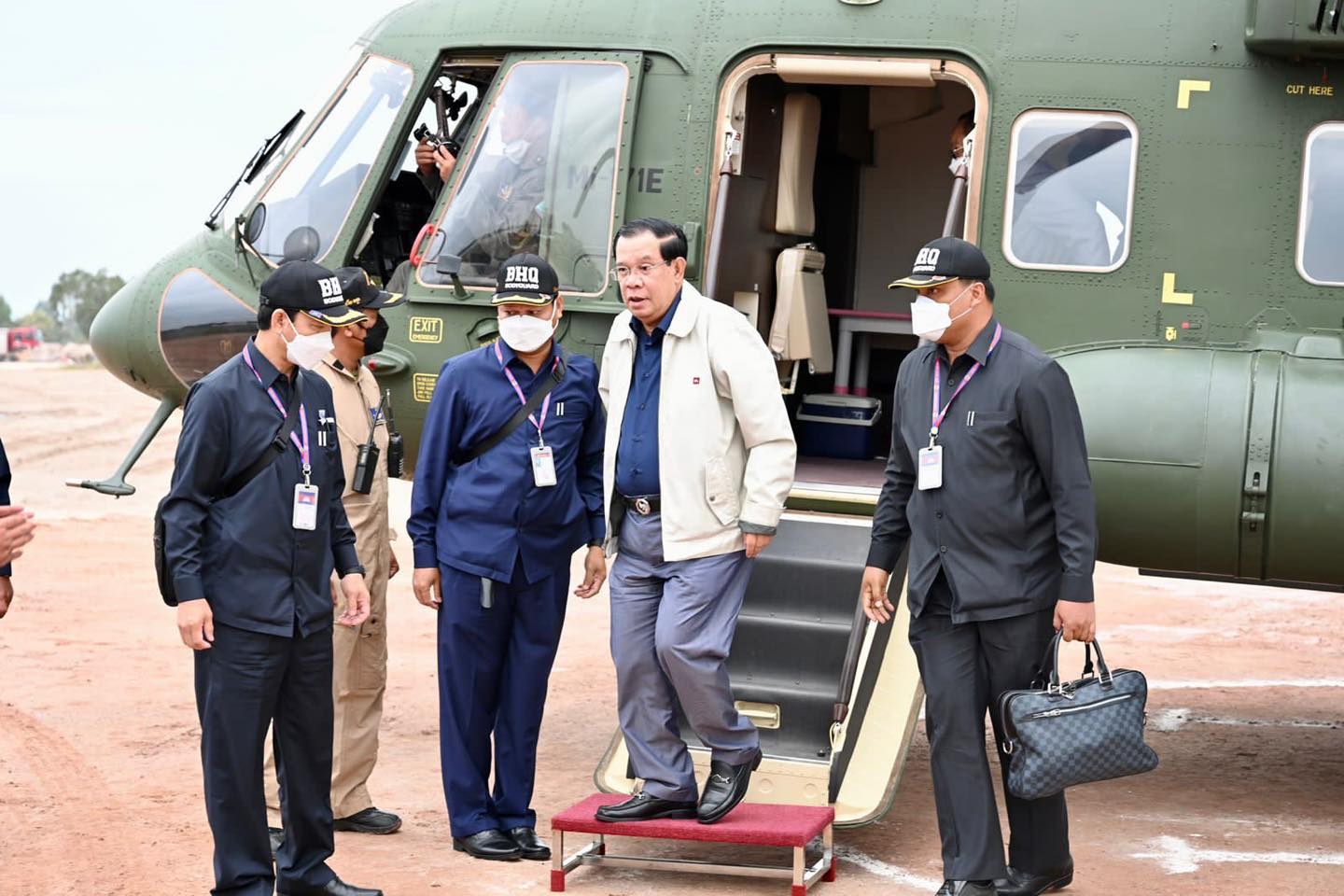 Prime Minister Hun Sen said he had evidence on his phone to dissolve an opposition party — but had decided against it so far — as he continued his weeklong denouncement of opposition leader Sam Rainsy.

Hun Sen has railed against Rainsy this week, making heated speeches where he called the former CNRP president’s family traitors and vowed to send him to jail if he entered Cambodia. Rainsy has been overseas since 2015 and faced multiple convictions, the most recent being a life sentence for “ceding” land to indigenous people.

The prime minister’s threats also extended to any person or party that is associated with Rainsy, making a thinly-veiled reference to the Candlelight Party during a speech in Siem Reap’s Run Ta Ek commune.

The prime minister asked parties to be vigilant about being associated with Rainsy, or face dissolution. “Any party that is involved with that guy, we are determined to sue to the court to dissolve,” he said.

He then took aim at one party, from which he said he had audio recordings of a Zoom meeting. Hun Sen said participants discussed possible scenarios for next year’s election as well as candidate lists for Ratanakiri province, which he claimed had then been passed onto someone in the U.S.

“Please, one party be really careful, really careful. Even in my phone, the audio of them is in it and I know one agent who was sent to that group to listen. So they know clearly that the government has the evidence already. But I haven’t taken action yet. We will monitor you more.”

The prime minister is likely referring to the Candlelight Party, which used to be named the Sam Rainsy Party and was founded by the exiled opposition leader. Hun Sen last year also admitted to crashing a Zoom call involving former members of the CNRP — a successful opposition merger involving the Sam Rainsy Party — to remind the “traitors” that he would not negotiate with them.

Hun Sen also said on Friday that anyone who disassociated from Rainsy would be able to get a pardon, likely referring to other CNRP officials and activists who have been convicted over the past few years.

“I have the power to sign and ask the king to give pardon but only on the condition that you distance yourself from that person,” he said, talking about Rainsy.

Thach Setha, vice president of the Candlelight Party, said this week that the party was worried about the political environment heading into next year’s elections, and wanted both the prime minister and Rainsy to end their aggressive rhetoric.

“Please create a better atmosphere before the election to show national reconciliation and national unity.”