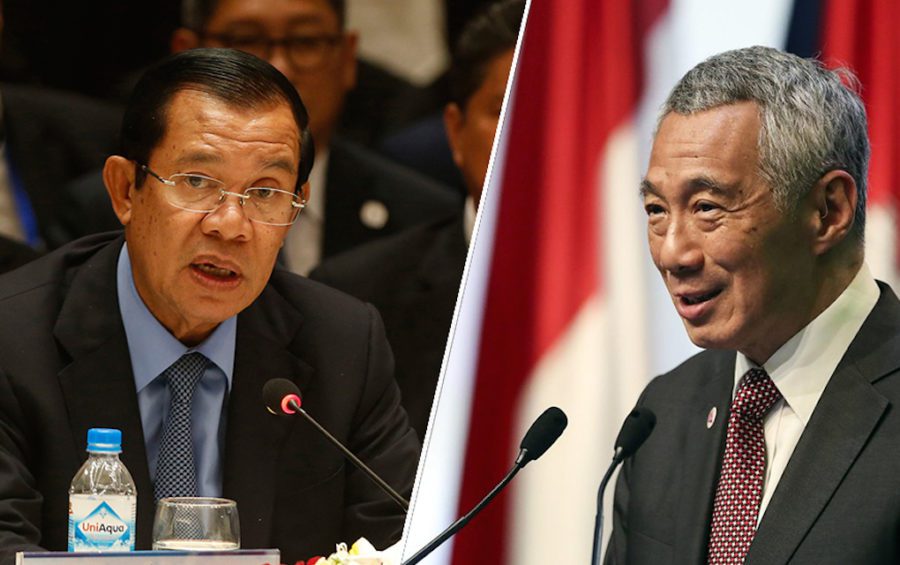 Prime Minister Hun Sen, the Foreign Affairs Ministry and others this week continued to take issue with the question of whether the Vietnam-backed overthrow of the Khmer Rouge in 1979 was an invasion or liberation.

A statement by Singaporean Prime Minister Lee Hsien Loong last week — in a message of condolences over the death of former Thai Prime Minister Prem Tinsulanonda — referred to the Khmer Rouge’s overthrow as “Vienam’s invasion of Cambodia.”

Hun Sen, who was a part of that “invasion,” has long built his image as a liberator — building monuments celebrating his bringing peace to the country, and ceremoniously reenacting his defection from the Khmer Rouge to a rebel movement based in Vietnam.

“Victory Day” on January 7, marking the Khmer Rouge’s overthrow, is celebrated as a national holiday.

The country’s political opposition, meanwhile, seizes on the events to link Hun Sen with Vietnam, stoking anti-Vietnamese sentiment and insinuating that the prime minister is a Vietnamese puppet.

Paul Chambers, a lecturer at Thailand’s Naresuan University, said Lee “most likely misspoke,” and did not think the issue would linger as a division among Asean members.

Nevertheless, Hun Sen posted to Facebook on Thursday that Lee’s comments showed Singapore “wanted the genocidal regime to return back to Cambodia.”

The Foreign Affairs Ministry echoed the prime minister’s words in a statement also issued on Thursday, saying Lee’s message was “tantamount to an insult to the victims of the Khmer Rouge’s killing field.”