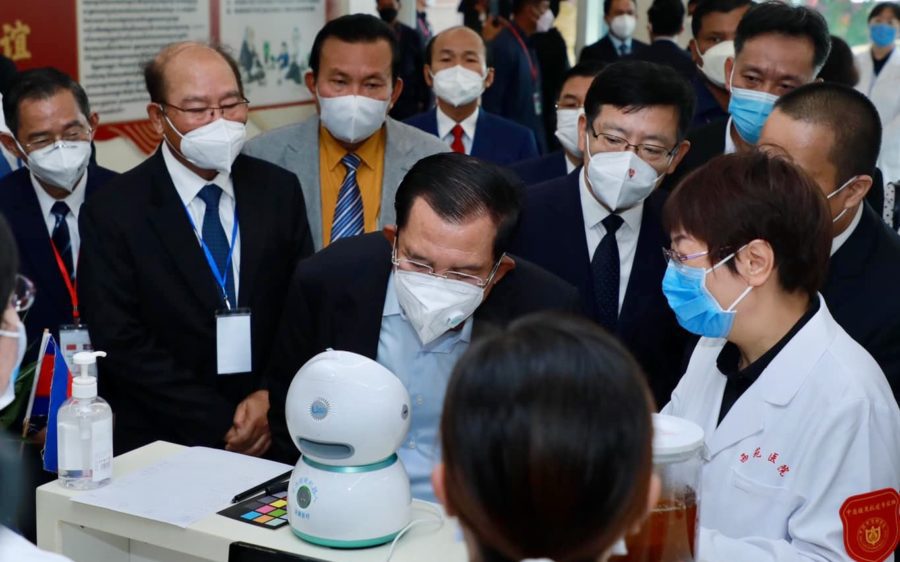 Prime Minister Hun Sen called for Cambodia to promote legal organ transplants in the country, after learning the country does have a law regulating the surgeries.

Speaking at the inauguration of a building in the Cambodia-China Friendship Preah Kossamak Hospital, Hun Sen said that Cambodian medical practitioners should have the capacity to perform organ transplants and the Health Ministry should promote this service.

“People that I donated money to go overseas, and I do not need to mention the countries [they went to], and they survive [the transplant], live lively and walk freely and moreover they play golf, though they received a liver transplant,” he said.

Hun Sen suggested that the Cambodia-China Friendship Hospital has the capacity to perform these operations, before Defense Minister Tea Banh raised to the premier that the Health Ministry had already passed a law on organ transplants.

“Is there already a law on this?” Hun Sen replied, to which Banh stated, “Yes, there is a law.”

He added that Preah Ket Mealea Hospital, the military health center in Phnom Penh, had the capacity to do kidney transplants since 2010 but it was not well disseminated to the public, but did not talk about the legality of the practice.

The premier then urged the Health Ministry to better promote transplant services performed by Chinese and Cambodian doctors, suggesting liver and kidney transplants.

In 2016, the National Assembly passed a law banning commercial organ transplants as well as compensation for tissue and cell donations, with those caught paying for human parts facing jail sentences of up to 20 years. The same year, the government passed a law to allow and manage the donation of organs for operations but retained the ban on commercial organ transplants.

The Phnom Penh Post reported at the time that the Health Ministry was required to set up a committee that would oversee and grant permission to medical practitioners involved in transplant services. The ministry did not respond to requests for comment.

Tan Sokun, director of the Cambodia-China Friendship Hospital said the hospital would not be ready to perform transplants this year but “it is in the future [for the hospital.]”

Sokun did not estimate when the hospital would be able to perform transplants, adding that the law on organ transplants was never finalized, blaming the Covid-19 pandemic for the delay.

“Samdech [Hun Sen] is pushing to finish the law, and we are in the process of contacting our existing and foreign doctors because we have never had these skills in the past,” he said.

When asked if there were any transplants done in Cambodia, Sokun said that none had been done at his hospital, but he was aware of other doctors performing transplants inside the country.

“There are unofficial [transplants] like Samdech [Hun Sen] mentioned, sometimes some doctors have done it.”

Two people, a Chinese man and a Thai woman, had recently made separate claims they had their blood harvested by operators of online scam companies in Sihanoukville, alleging there may be organ trafficking occurring as well. But both later retracted those stories, saying they fabricated the cases to get assistance.