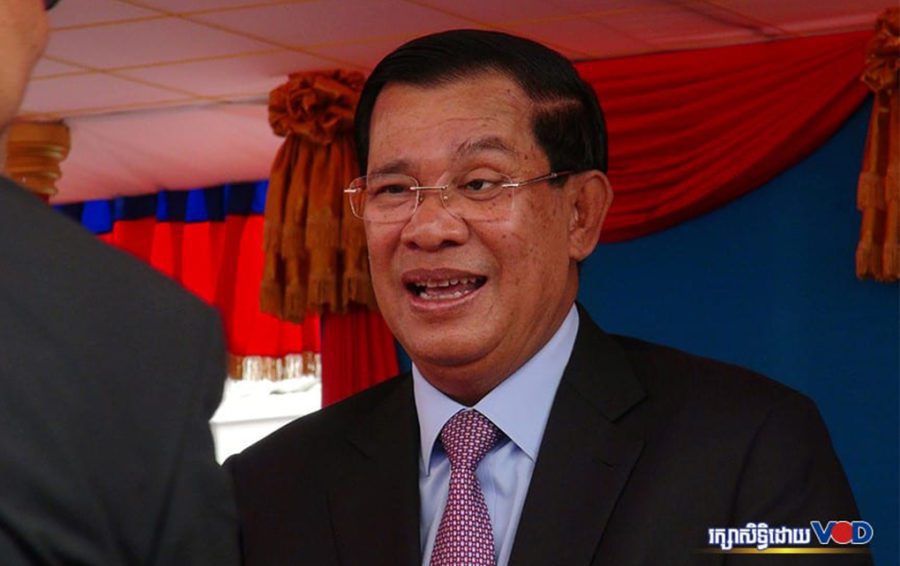 Prime Minister Hun Sen has vowed to fight corruption in his message for the coming Khmer New Year, once again calling on his government to “take a bath” and even “conduct surgery” to stamp out rampant graft.

In a five-page letter celebrating the New Year, Hun Sen pledged “surgery” as the last of five possible steps to cleanse the government of bad influences.

“The government will continue to enact deep reforms in accordance with this approach: take a bath, look in the mirror, clean the body, apply treatment and conduct surgery,” Hun Sen wrote in a message reflective of past public calls.

The goal would be to “strengthen good governance” in Cambodia, he said.

Affiliated Network for Social Accountability executive director San Chey said that corruption was deeply rooted in the state thanks in particular to years of nepotistic practices by the government and would be difficult to remove. Fighting corruption should start by abolishing nepotism at the top levels, he said.

“The issue of patronage — gaining positions through bribes and patronage — is the root cause,” Chey said. “This issue needs to be resolved by reducing conflicts of interest and creating a clean system with no bribery.”

The prime minister’s three sons all have prominent positions in the government and military, with Hun Manet and Hun Manith serving as high-ranking generals in the armed forces and Hun Many a lawmaker in the National Assembly.

Nee added he was concerned the reputed anti-graft reforms could be weaponized against Hun Sen’s rivals in a manner similar to recent efforts in Beijing.

“This action against corruption could become a tool similar to what is being strongly criticized in China. Currently, Xi Jinping, the Chinese leader, has used actions against corruption to suppress those who have opposing ideas,” he said.

“We don’t want to see this in Cambodia.”

If Hun Sen’s “surgery” removed only specific groups in the government, other groups would gain greater influence over state institutions, Nee said.

The report said that previous efforts at reform by Hun Sen’s government had been ineffective and suggested greater participation from civil society and the public and stronger implementation of existing law.