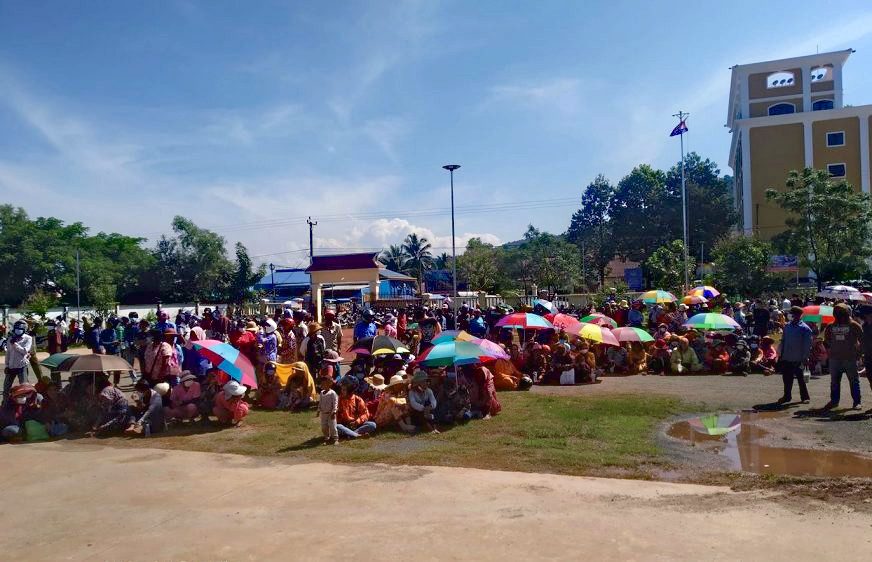 More than 300 village residents from Koh Kong province protested at a district hall on Monday, asking for a social land concession to resolve their longstanding land conflict with a sugarcane plantation.

The communities said they had applied for a social land concession but had yet to hear from local authorities on whether it had been approved. They had come to the district hall to inquire about this and call for a solution to their land disputes.

Lang Chieu, who represents Community 766, said it had been four years since 955 families from the four communes had applied for the land concession. They needed land to live on and grow crops to feed their families, he said.

Phav Nhoeung, another community representative, said they wanted to urge district and provincial officials to not only approve the land concession but also to construct a road to where village residents are currently living after being evicted.

“We ask for a road for Community 175 that has been settled in the past. [If not] where should we walk, should we swim in the mud or walk on the company road?” she said.