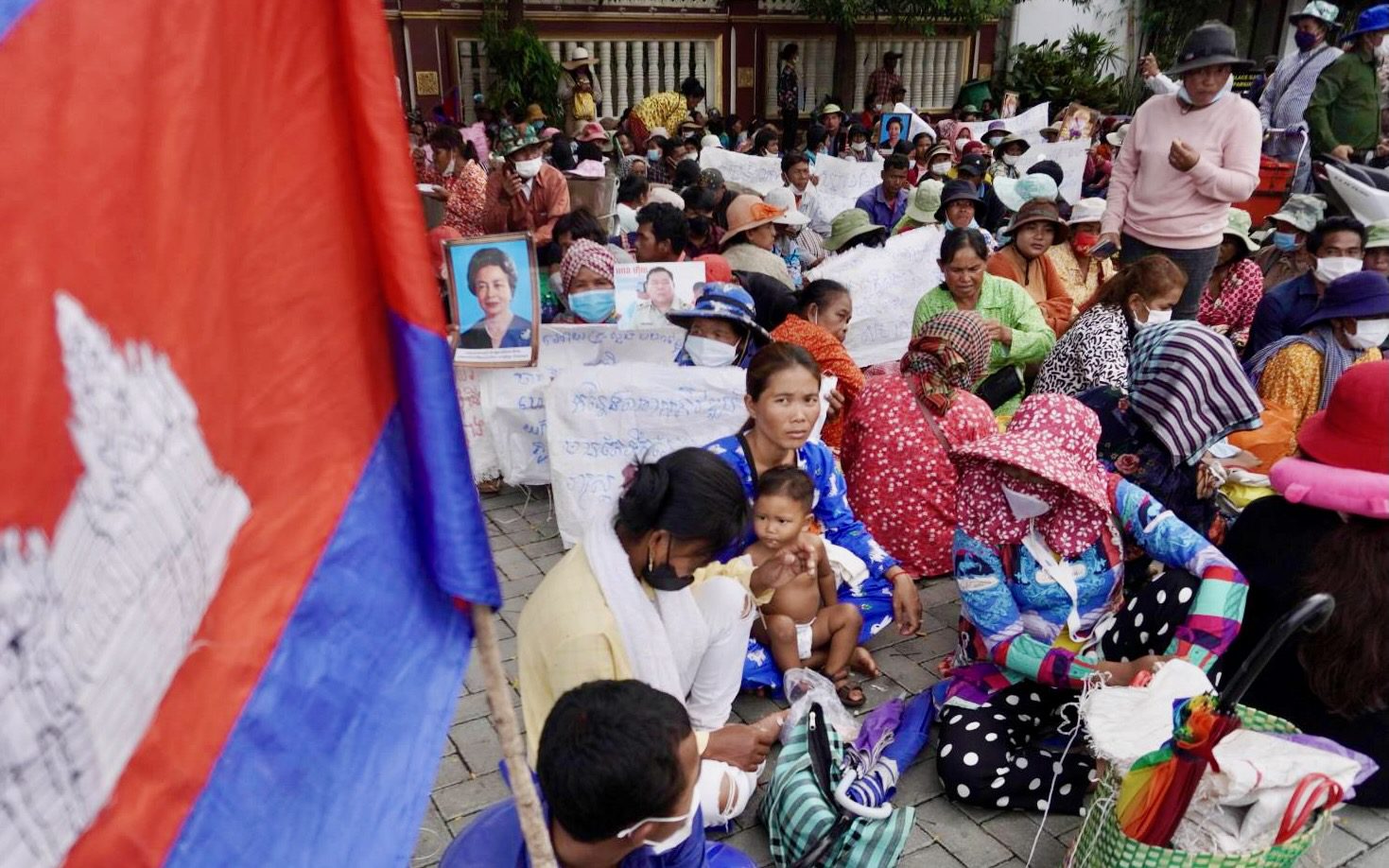 Coalition of Cambodian Farmer Community coordinator Nhel Pheap, who monitored the rally, estimated there were around 1,000 participants in dispute with tycoons Ly Yong Phat and Heng Huy.

Mom Sophy, from Kampong Speu, said many cars carrying community members had been stopped from coming to Phnom Penh.

More than 300 people from her community had departed on 22 vehicles to protest and petition state institutions, but only two vehicles with 40 passengers had arrived, she said.

Rights group Licadho said police had stopped dozens of land disputants traveling from Kampong Speu and compelled representatives to sign agreements to not cause “social insecurity” in Phnom Penh. Only five of eight vehicles were allowed to continue after two separate police stops, with police claiming some vans were overloaded with passengers, Licadho said.

Chhim Sapharn, from Koh Kong, spoke outside the Justice Ministry that he and eight other members of his community had been charged amid a dispute with a sugarcane plantation that dated back to 2006. Some 843 families had been in conflict with the plantation for almost 20 years, he said.

“Losing the land and being charged by the court — I think this is very unjust,” Sapharn said. “That’s why all the people from the community came here. … I hope the Ministry of Justice will give justice to the whole community.”

Another Koh Kong resident, Det Huor, said she was part of 197 families who had lost land to the Heng Huy sugarcane plantation since 2007. Huor is also facing two lawsuits. She said the community was demanding 421 hectares and $7,000 in compensation per family for destroyed crops.

“If samdech and the related ministries do not intervene to solve the problem for the people, people will continue to suffer,” she said, referring to Prime Minister Hun Sen. “I am very hurt and the people are also hurt, because they have lost their income, and family members have had to migrate due to the loss of land. There’s no land for farming.”

Justice Ministry spokesman Chin Malin said the ministry would look into the petitions, but it could not interfere with court procedures. If communities were unsatisfied with court decisions, they should appeal to higher courts, Malin said.

In February, rights group Adhoc issued a report saying 157 land disputants faced court prosecution in 2021, with 17 of them placed in pretrial detention.