A small group of protesters camping out at Phnom Penh’s Freedom Park say they have been told they must leave and continue their hunger strike in support of a jailed opposition activist at home.

Khmer Thavrak, an activist group that has advocated for a range of social and nationalist causes, arrived at the park on Wednesday as part of a weeklong hunger strike calling for the release of Cambodian-American lawyer and activist Seng Chan Theary.

Chan Theary is imprisoned in Preah Vihear province, serving a six-year sentence for incitement and plotting following a mass trial against opposition activists that human rights experts have denounced as politically motivated.

Khmer Thavrak’s Hun Vannak said officers had told the group​ this morning that its protest was illegal due to the need to maintain “public order” during the Asean Summit, which is scheduled to bring world leaders including U.S. President Joe Biden and Chinese Premier Li Keqiang to Phnom Penh.

The officers told the activists that they should continue their hunger strike at home instead, Vannak said.

“We replied to them that we have two choices: one is that we request to stay here expressing our freedom — all five of us. Nothing will happen, we will just skip eating. But if they don’t agree, the other is that we would go to every embassy attending the meeting.”

The group is only drinking water, milk and Royal-D electrolytes, they said. One activist dropped out of the strike after three days.

Around 20 plainclothes officers sat nearby under a large tent. One told reporters that the activists couldn’t stay due to public order, but would not say what action authorities would take.

Russei Keo district governor Ek Khun Doeun declined to answer questions via phone, instead advising a reporter to invite the Khmer Thavrak activists to camp outside the VOD newsroom as they were “disturbing public order” at Freedom Park.

“If you are Khmer you should tell them that if they want to do a hunger strike they should go to VOD. It will be easy to do a livestream,” Khun Doeun said.

The Khmer Thavrak activists began their hunger strike in Preah Vihear on Monday, and plan to continue until the upcoming Monday.

Update 5:30 p.m.: One of the protesters, Chhoeun Daravy, said in a social media post Thursday afternoon that another of the five remaining hunger strikers was taken to hospital after fainting. “Her health couldn’t take the hunger strike for that many days. It gave her a headache and she couldn’t breathe,” Daravy wrote. 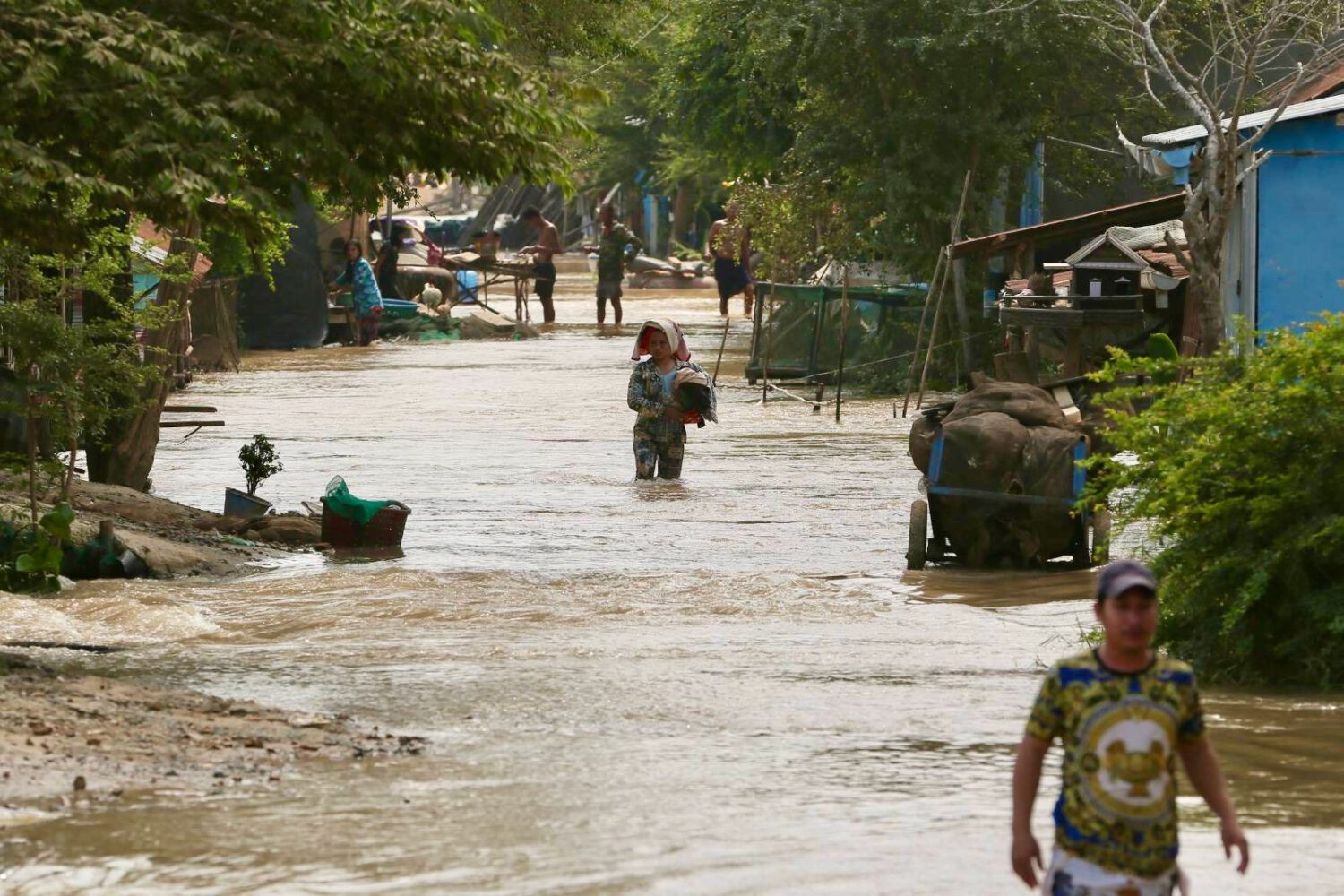