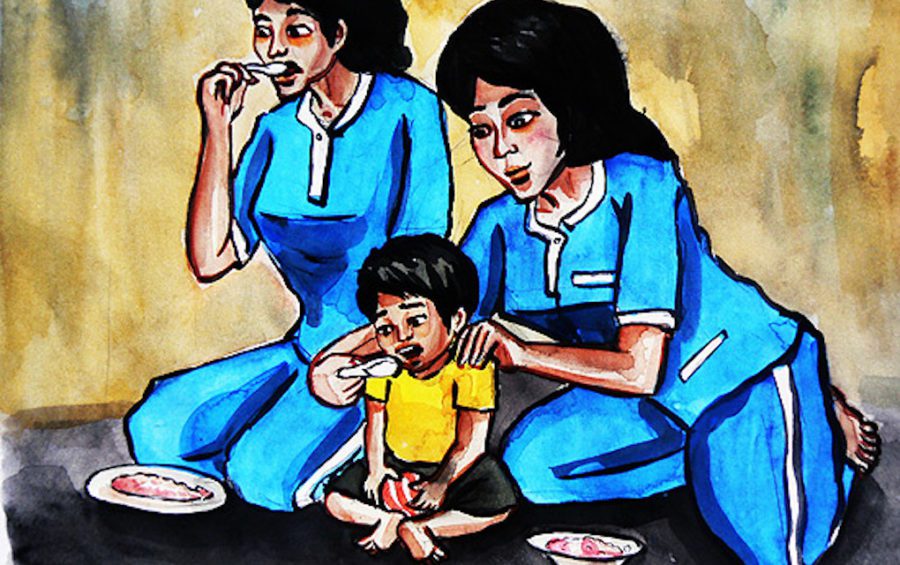 The incarcerated mother of a 5-month-old baby girl who died while under the state’s care one month ago was released from prison on Friday, a government committee said.

The mother, who was held in pre-trial detention and was raising her child in Phnom Penh’s Correctional Center 2 (CC2), was freed after serving eight months and 10 days in prison, according to a statement from the Cambodia Human Rights Committee (CHRC).

The Phnom Penh Municipal Court sentenced the mother to two years in prison for drug possession on Tuesday, but suspended the remainder of her sentence from Friday, the statement said.

The woman’s trial was held on February 17, the day before human rights group Licadho released a statement detailing the events leading up to the child’s death at Khmer-Soviet Friendship Hospital on January 26.

“Cambodia Human Rights Committee hopes that the detained woman who was released today will try to correct herself, stop getting involved with drugs and be a good person in society,” the statement said.

CHRC said last week that the committee provided a lawyer in order to help the mother secure bail. CHRC spokesman Chin Malin said it was “unlikely” to investigate anyone responsible for the child’s death, since it had already been determined that the baby died due to poor health.

According to an autopsy, the child died of pneumonia and severe malnutrition, Licadho said.

Dr. Nhib Angkearbos, director of the National Pediatric Hospital, told VOD last week that during the child and mother’s first visit to the children’s hospital — a week before the baby died — doctors had observed signs of malnutrition.

The infant sustained a thigh bone fracture from an unknown injury in mid-January while living in CC2 with her mother, and began experiencing difficulty breathing days later, Licadho said.

The mother, whose name and contact information was withheld by the rights organization to protect her privacy, was arrested in the middle of last year for possessing a bag of methamphetamine worth 10,000 riel ($2.50).

She was eight months pregnant when she was provisionally detained in CC2, Prey Sar prison’s women and children’s facility, which currently holds 1,850 detainees — more than five times its official capacity, according to Licadho.

The rights group earlier called on the government to “conduct a full investigation into the child’s death,” establish clear procedural guidelines for taking children and pregnant women to hospitals, and prioritize bail hearings for pregnant women and mothers with young children.

CHRC said on Friday that it would look into cases of women in pre-trial detention who care for their children in prison, in order to ensure the children were protected in line with national and international human rights regulations and humanitarian principles.

Imprisoned women who have children under 3 years old are permitted to raise their children in prison if they have no other family members to care for them.

Reached on Friday, Licadho’s monitoring manager Am Sam Ath said he welcomed the mother’s release but called on the government to make sure that vulnerable individuals who are charged and detained fully understand legal procedures and have access to a lawyer.

“Before deciding to charge and put women into pre-trial detention, [the court] has to consider the case, and in principle, they should make freedom the fundamental option for the accused,” he said. “Detention should be the last option.”