In a Third of Rape Cases, Suspect Is a Family Relative: Rights Group 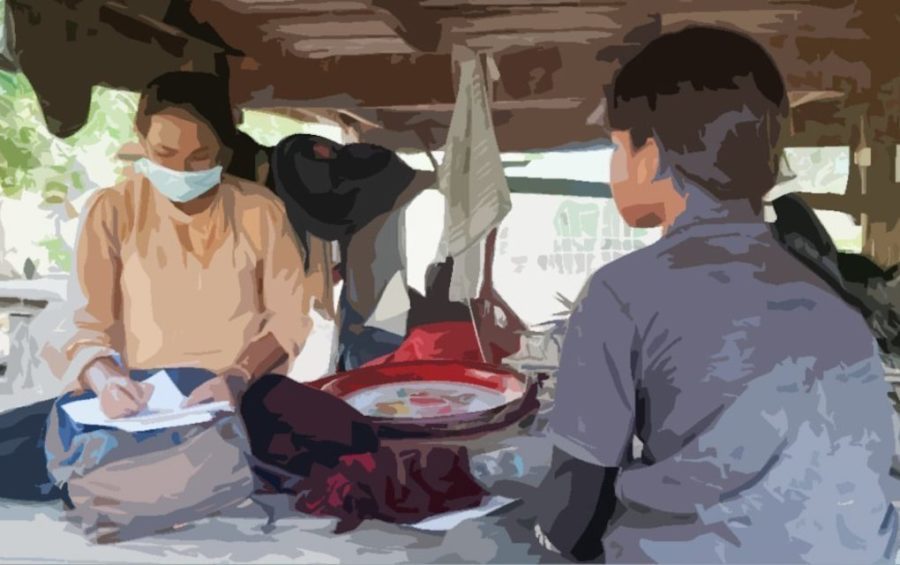 A young girl reports a rape case to a monitor from human rights group Licadho, in this illustrated image provided by Licadho.

In nearly a third of rape cases investigated by human rights group Licadho over a three-year period, the suspect was a relative of the victim, further pressuring women to remain silent, the group says in a new report.

In the report released Thursday, Licadho said it investigated 446 cases of rape from January 2017 to December 2019, and in 137 of the cases, or 31 percent, a relative was the suspect. About half of the suspects were direct relations, while the other half were in-laws or step-relatives.

“Many women and girls faced pressure from other family members not to report rape perpetrated by relatives or to later withdraw complaints,” the report says, explaining that families often rely financially on the perpetrator.

“In 50% of cases women and girls reported that perpetrators threatened to kill them, or their family members, if they told anyone about being raped.”

The report points to a lack of comprehensive statistics around rape as well as harmful gender norms as contributing to the prevalence of sexual abuse and lack of justice, citing a 2013 U.N. survey in which one in five men in the country reported having raped a woman or girl.

A traditional code of conduct for women “encodes men’s sexual and other entitlements and creates expectations for women to be submissive and obedient, particularly to their husbands. In contrast, men are expected to display strength and leadership,” Licadho says.

The report also highlights the difficulties in getting justice. “Courts often side with the

most well-connected or wealthy party,” and excessively and often exclusively rely on medical evidence, which is not always apparent or easy to attain, it says.

“As a result of the legal system’s failure to adequately prosecute rape, many women and girls who are raped by a relative move to live elsewhere, simply in an effort to live free from violence,” it says.

Licadho monitoring manager Am Sam Ath said on Thursday that the government should strengthen law enforcement to combat a culture of impunity for rapists.

“The abuse of relatives is a serious blow to Cambodian culture and traditions, and is leading to impunity. These crimes are continuing, so we demand stricter measures,” Sam Ath said.

“In particular, help and assist the victims of rape, without causing humiliation or blame on the victims and families of the victims.”

“The crime of rape cannot end in a reconciliation, and those who commit it, whether relatives or family [members], must be punished according to the law.”