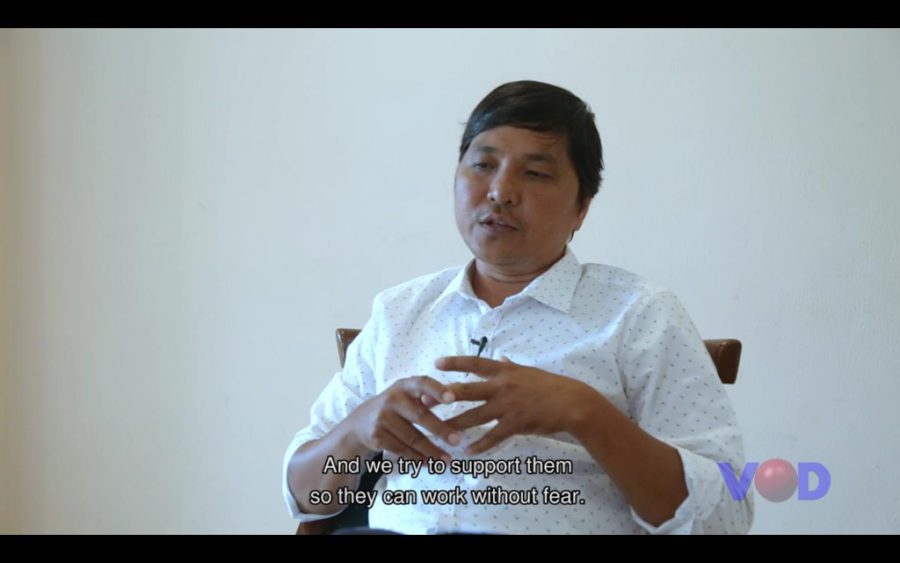 A new media association, the Cambodian Journalists Alliance, has been approved by the Information Ministry.

The association, CamboJA for short, was set up by 15 journalists in the country.

“We want to provide more support to professional journalists who are working in Cambodia to get more opportunities to do their independent jobs,” CamboJA executive director May Titthara said in a video. “We try to support them so they can work without fear.”

Some VOD staff are among the 15 founding members.

Following commune elections in Cambodia in June 2017, the government launched a crackdown on media that saw dozens of radio stations shuttered, the Cambodia Daily closed and the Phnom Penh Post sold to an investor with ties to the government.

But Phos Sovann, chief of the Information Ministry’s general department of information and broadcasting, denied that journalists were scared.

“I think there is no fear among professional journalists in Cambodia because every day we see a lot of our Cambodian journalists provide information to all media outlets,” he said.

“We protect them,” he said.

Another form of support, Titthara added, would be mental health counseling.

“Journalists, they get a lot of stories happen to their minds, their brains every day, so that sometimes if they don’t release it out, it will be tough for them,” he said.