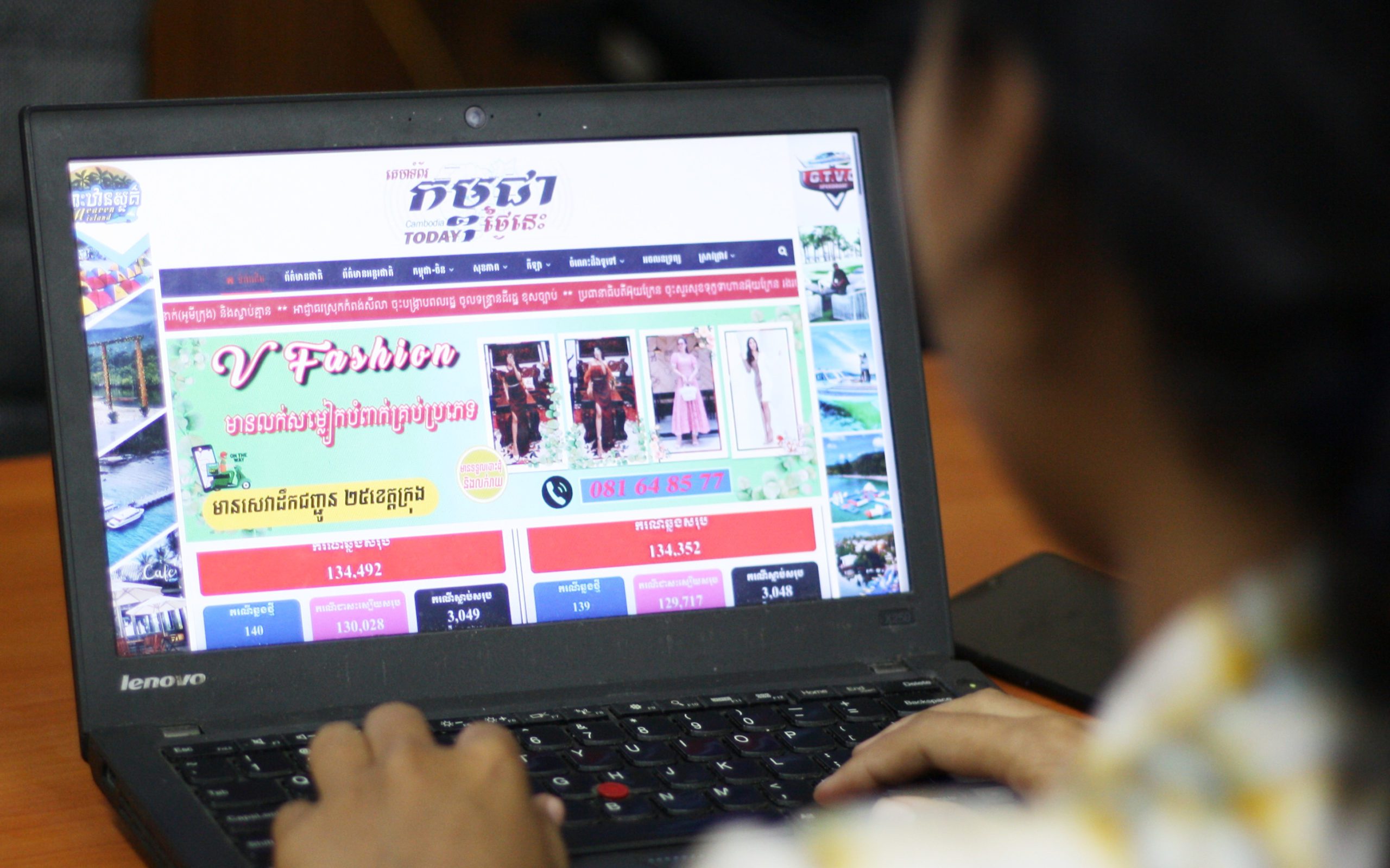 An internet user reads the news on a computer. (Michael Dickison/VOD)

The Information Ministry released a letter dated March 15 stating its legislative committee had decided the three outlets disseminated information that violated journalistic ethics and the outlets’ contracts with the ministry. The media outlets are Bayong Times, KCTV and Cambodia Today.

As part of its decision, the ministry ordered directors of the 25 capital and provincial information departments not to renew the licenses of the three media outlets.

Touch Yuthea, editor-in-chief of Cambodia Today, said the Information Ministry canceled his outlet’s license because he had published an article in early February about civil servants requesting the prime minister and the head of the Anti-Corruption Unit investigate procurement fraud at the Labor Ministry. According to the civil servants included in the article, a corrupt bidding process in the ministry involving two outside companies was costing the government millions of dollars per year.

Yuthea said his outlet has been ethical and professional in its work. He described the decision to revoke its license as an act of intimidation, as well as a restriction of the rights and freedoms of journalists.

“I am the defender of the national budget, not [out] to destroy it, so the Ministry of Information should encourage me, not intimidate me or take away my license,” he said.

In the past, Samuth said, his organization often disseminated information that was sensitive to some government officials who were inactive and involved in corruption. He believed those officials had contacted officials at the Information Ministry and asked them to take action against his outlet.

“The news I publish is all professional and does not breach the journalism profession,” Samuth said. “These are pumpkin officials,” he said, using a phrase suggesting sycophancy. “Corrupt, lazy officials, inactive officials. They made a mistake. We published their stories [and] they ran to get the protection that persecutes us as journalists.”

Nop Vy, director of the Cambodian Journalists Alliance, said the three outlets broadcast information sensitive to certain figures within the government. Vy considered the license revocations to be a restriction on the freedom of the press and the media, as well as a threat to professional outlets that no longer dare to publish sensitive government information.

“Denial could be a threat to journalists or other media outlets that if they report controversial news that impacts [government officials] they could face the same thing.”