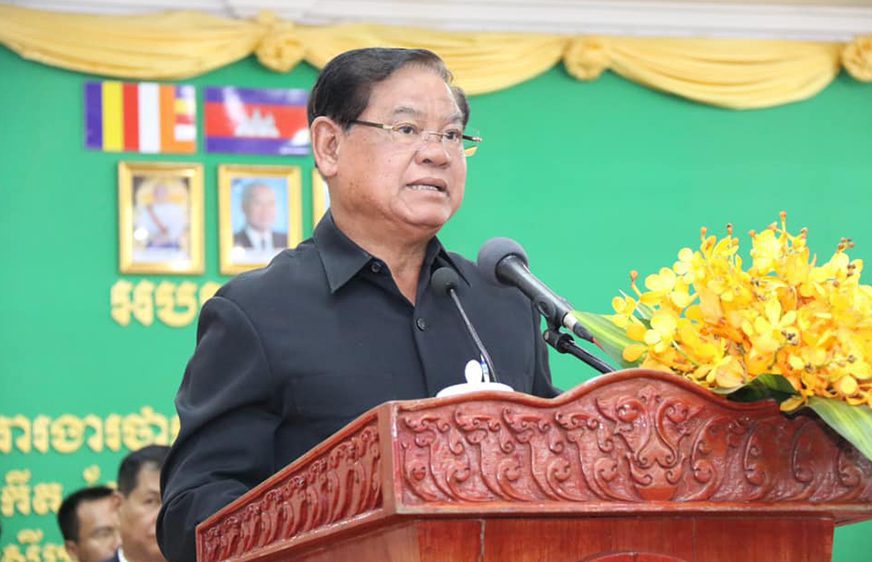 Interior Minister Sar Kheng told a gathering of ruling party members on Monday to listen to opposing opinions and work with NGOs as partners of the government.

Kheng said Cambodia was a multiparty democracy and needed to consider civil society a partner in development.

Officers should hold public forums, listen to the concerns of the people and NGOs, and find the root causes of the problems plaguing society, he said.

Am Sam Ath, monitoring manager for human rights group LICADHO, said he was encouraged by Kheng’s words, but action also needed to be taken against officers who violated the law and obstructed the activities of the civil society.

“If there is any officer or a group of officers who cause disruptions and disobey this order, there needs to be an administrative punishment or some other fine,” Sam Ath said.

In February last year, the government published a book-length treatise accusing more than 300 organizations of being involved in a color revolution to topple the government. The country has faced criticism from the U.S. and EU since around the same time for allegedly narrowing the space for democracy.

Representatives of civil society groups met with Kheng in late January asking the government to stop accusing them of being color revolutionaries.