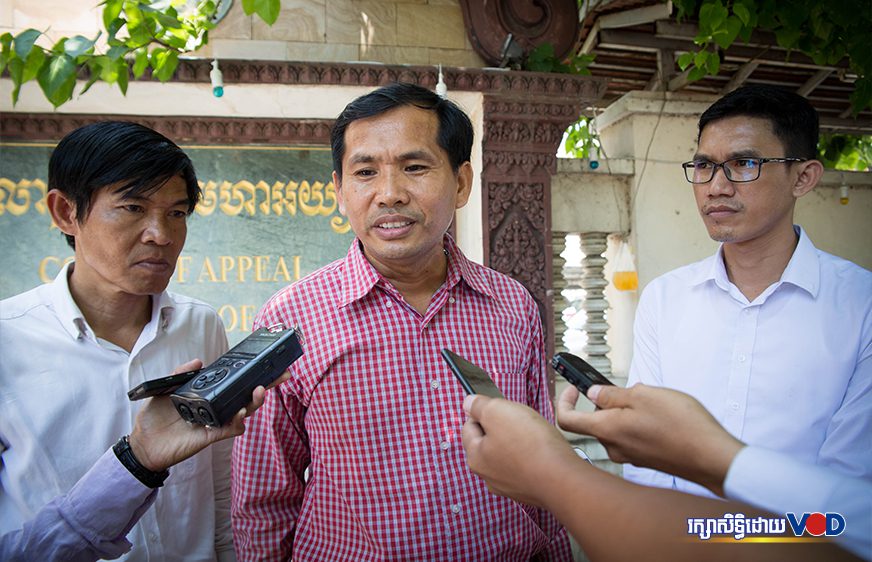 An Appeal Court hearing on Friday for two Radio Free Asia reporters accused of espionage revealed that the investigation into their case was closed in March and they were in fact no longer under court supervision, their defense lawyer said.

Sam Chamroeun, lawyer for Uon Chhin and Yeang Sothearin, said the presiding judge said his clients no longer needed to report to local police every month as the Phnom Penh Municipal Court had ceased its investigations in March.

“Upon questioning during the hearing, the court showed the decision of the closing order, which stated that judicial supervision is not valid anymore,” Chamroeun said.

Sothearin said he was pleased by the revelation but noted the case had now been passed on to be considered for trial.

“The judge clearly stated that whenever there is a closing order sent to penal judges, the judicial supervision is finished,” he said.

Sothearin added that he would request the municipal court to return his passport and other possessions. However, Chhin, the other accused, said that he still felt uncertain and concerned about his situation.

“We want a written clarification to show that the two of us are no longer under judicial supervision, do not need to show up at the local police station and do not need to inform the judge about any changes [in residence],” Chhin said.

Soeng Senkaruna, spokesman for local rights group Adhoc, said the charges against the two reporters should have been dropped.

“The case continues to cause difficulties for those two,” Senkaruna said. “The government claims press freedom is wide open, but instead we see there’s no fruitful solution found for the reporters who are still under the court case.”

Chhin and Sothearin were arrested in November 2017, charged with providing information to a foreign government seemingly due to their reporting for RFA, and jailed for nine months before being released on bail in August last year.

Cambodia’s press freedom ranking according to Reporters Without Borders has declined over the past two years as radio stations carrying independent news were shut down and leading independent newspapers The Cambodia Daily and Phnom Penh Post pressured to close or sell.