‘It Does Not Look Good,’ Police Say Amid Breastfeeding Controversy 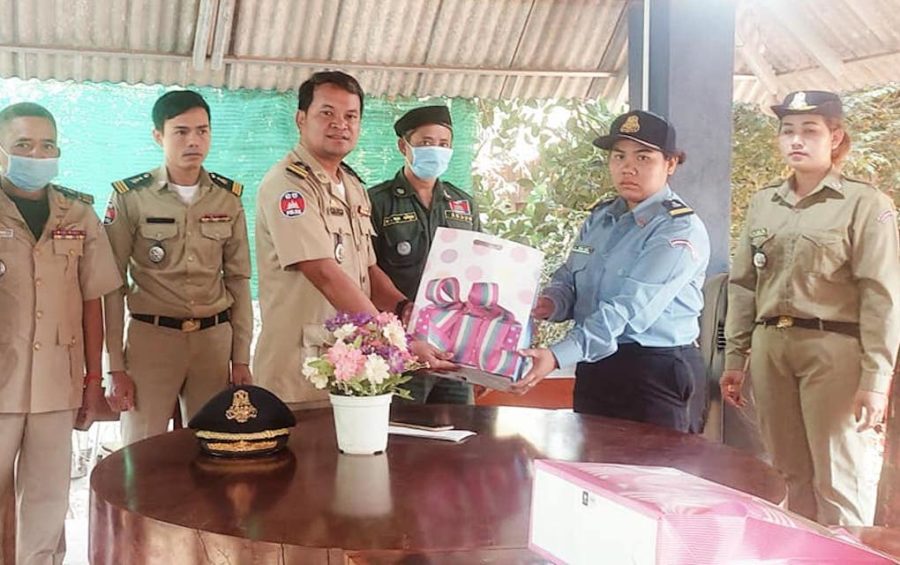 Amid disquiet over a policewoman being made to apologize for breastfeeding at work, police explained that she had failed to ask permission before posting a photo to social media and “it does not look good.”

The traffic policewoman posted a photo on Facebook last week of her breastfeeding her baby on the roadside while at work in Stung Treng province.

“No matter what the circumstances, because of the child [one] forgets about any shame,” the post said. The image did not show any nudity.

The following day, however, an apology appeared on her profile.

“I, Lieutenant Sithong Sokha … publicly apologize on Facebook for posting pictures of breastfeeding at work while wearing a uniform,” it said. “I do not intend to harm the honor of the police unit or the dignity of Cambodian women. Based on this, units and leaders at all levels please be kind.”

Police said she was also made to sign a contract that she would not repeat the same mistake.

The apology drew sharp reactions online, and led to a group of 39 NGOs issuing a statement about the case on Thursday saying they were “dismayed” by reports that Sokha was facing disciplinary action.

“Women should not be forced to choose between doing their job and providing vital care for their children,” the statement said. “That a working mother would be scolded for attempting to do both — as is the case here — illustrates that the government has failed to protect women’s rights at work.”

The statement called for an apology from the police department.

Both an Interior Ministry anti-human-trafficking official and the Women’s Affairs Ministry also defended the policewoman in statements issued Wednesday, saying she was simply caring for her child.

In an open letter, Chou Bun Eng, permanent vice-chair of the National Committee for Combating Human Trafficking, said she was disappointed by the incident.

“The inspector should express his appreciation and encouragement,” Bun Eng said. “She was not showing off her body to attract the public.”

The Women’s Affairs Ministry in a Facebook post urged that all stakeholders work to create an environment where women can freely breastfeed, as it was beneficial for children’s development.

Stung Treng province’s Siem Pang district police chief Chim En said on Wednesday that district authorities had made the policewoman sign a contract only to educate her to do a good job and there would be no punishment.

He said breastfeeding was a mother’s duty, but posting pictures on social media while working requires permission from the unit.

“It is not a punishment; it is OK. It is just an internal contract to educate her and strengthen her to do a better job,” he said.

Provincial police deputy Hong You, who is in charge of traffic police, said the force simply wanted to advise the policewoman to find suitable places for breastfeeding.

But amid the backlash over officer Sokha being reprimanded, police this week presented her and other women officers with gifts, and posed for photos on Monday, which was International Women’s Day. The photos were posted to the Siem Pang district police’s Facebook page.