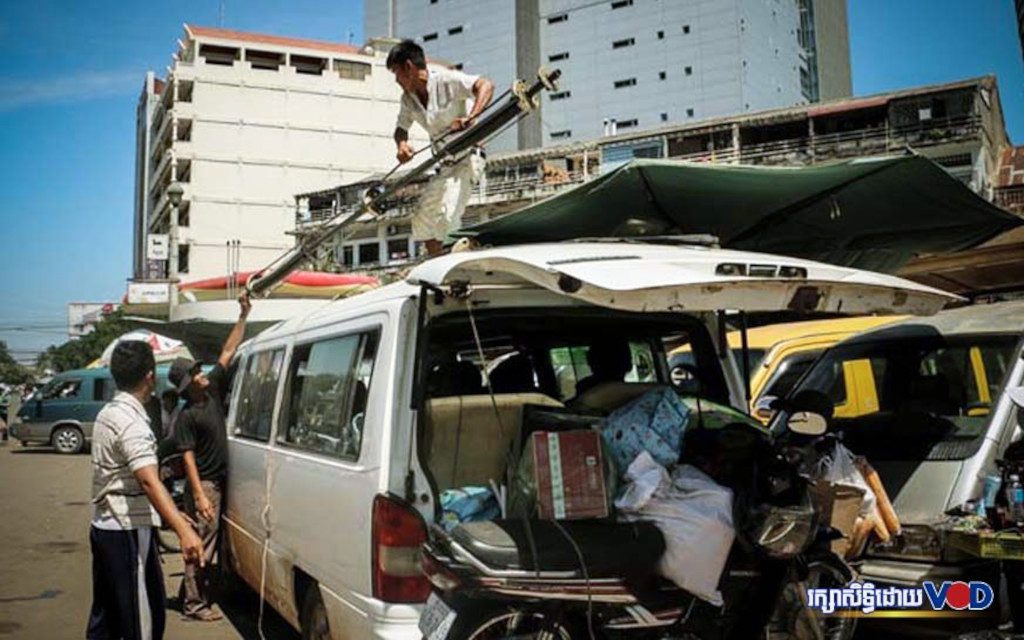 Traffic police taking money from motorists detained and threatened a citizen journalist, ordering him to delete his photos and videos of the bribery, the journalist alleged.

Suon Vutha said he was on his way from Kampot to Phnom Penh on Sunday when he reached a checkpoint in Kandal’s Loeuk Dek district. He saw taxi vans overflowing with passengers, but traffic police were taking money to look the other way, Vutha said.

Vutha pulled out his phone to take videos, and he was taken in for questioning for more than an hour. Officers demanded to see his “mission letter” as well as ID, and ordered him to delete his videos and sign an agreement to stop.

“It’s a threat to the people,” he said. “I filmed this in public. I did nothing wrong. And he threatened to send me to the district authorities to build a case to take to court.”

“He said I was wrong to film authorities while they operated.”

Vutha said he eventually signed the agreement and deleted his images so he could get away.

Vutha is a member of a citizen journalists training program with the Cambodian Center for Independent Media. CCIM is VOD’s parent organization.

Loeuk Dek district governor Am Thou defended the police’s actions, saying that the orders to delete the videos were not a threat because the journalist had failed to request and receive cooperation from authorities at work.

“The press must ask for cooperation from that place. No matter what the place is, please show up with enough rights to do so,” Thou said. “If you sneak up and take photos, it means that you are taking the negative points to do something bad, and we, the authorities, are not prepared.”

Thou added that if there was any bribery, both the motorists and police would be at fault.

However, Information Ministry spokesman Phos Sovann said anyone could take photos or videos in public. Exceptions were areas that authorities had enclosed off to preserve evidence or conduct important inquiries, he said.

Traffic officers would be overstepping if they ordered journalists to delete videos and threatened to send them to court, and would be infringing on journalists’ work, Sovann added.

“It is only if such threatening actions are investigated and prosecuted or punished with administrative fines that it will be possible to prevent such threats from repeating in the future.”