Journalist Beaten as He Slept Outside Temple 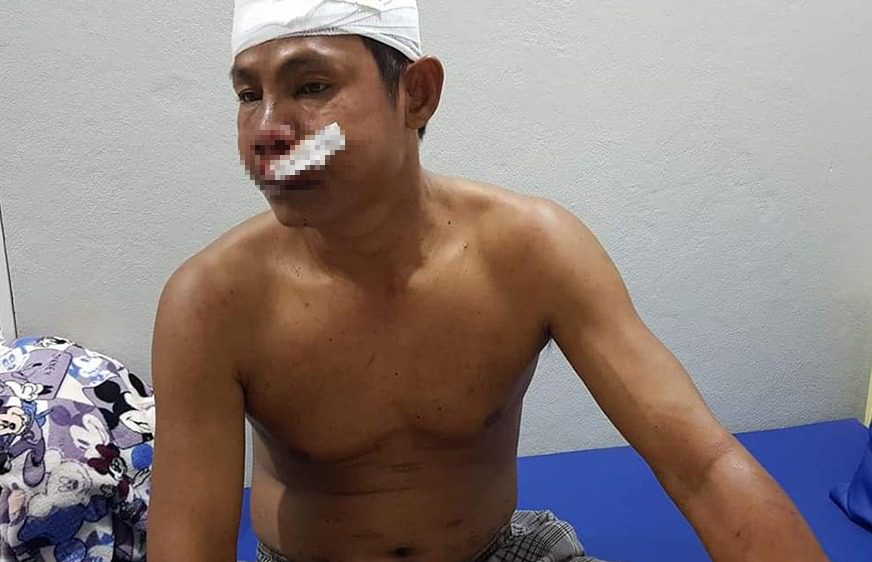 Anachak Khmer news publisher Pran Sean was injured in an attack while he was sleeping outside a temple in Siem Reap province’s Svay Loeu district, in a photo posted to Anachak Khmer’s Facebook page on March 14, 2021.

A Siem Reap-based journalist says he fears he is being targeted by illegal loggers after being beaten at night as he slept in a hammock outside Beng Mealea temple.

Pran Sean, the publisher of Anachak Khmer, a digital news outlet and quarterly newspaper, said he was driving a car to his home after covering news in Preah Vihear province on Sunday when he became tired and decided to sleep outside the temple in Siem Reap’s Svay Loeu district.

“I was too tired and started to tie up a hammock to rest. Later, around 12 o’clock, two men came out of the forest and attacked me,” Sean said.

A cut on his head required 20 stitches, and the attackers broke two of his teeth, he said.

Sean said he thought the attack was premeditated, and retribution for writing articles about illegal timber trading. “As a journalist, I write a lot of information related to crimes,” he said.

“It is difficult, brother. The victim went to sleep in the middle of the forest,” Eng said. “So far, we have not yet identified or arrested any suspects. All in all, we are monitoring and investigating.”

Cambodian Journalists Alliance executive director Nop Vy said he hoped the attackers would be found, as journalists in the country often faced the risk of violence.