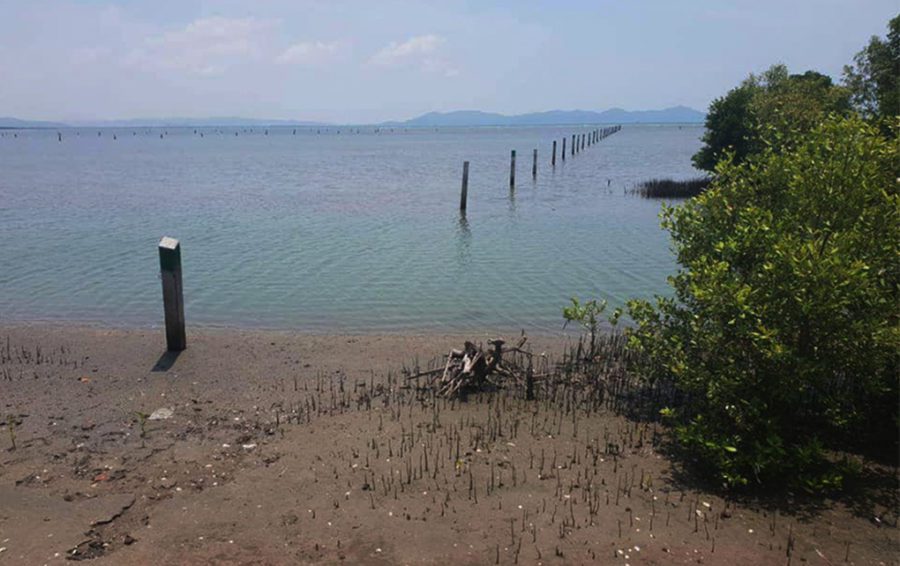 1-hectare plot of sea off the coast of Kampot. Image: William Guang

Two companies are planning ecotourism developments in Kampot province estuaries amid growing concerns among local fishing communities as a consultation forum was canceled amid Covid-19.

But few details were available and the proposals are yet to be approved, Thy said.

A letter dated July 27 from the Kampot provincial department of agriculture says authorities planned to hold a public forum about the proposals. The event was canceled, however, due to Covid-19.

Sok Kao, head of the Kampong Samaky fishing community in the area, said he feared thousands of families’ livelihoods could be directly and indirectly impacted due to loss of fishing.

He said there was distrust among the local residents.

“The companies have a lot of tricks to gain benefits. They do not care about the impact on us. Just do something and make a profit. I think there will be a lot of challenges in the future until we lose the [natural] resources completely,” Kao said.

Provincial officials also seemed to be trying to persuade residents to support the plan, he added.

Provincial agriculture department director Chan Rith, who was accused of trying to persuade the community to support the company’s investment plan, declined to comment, saying he didn’t know about the development. “What project is it?” he asked.

The Ching Kor port and special economic zone project also in Toek Chhou district, linked to a late senator, has sparked fears among locals. Elsewhere in Kampot, some 80 hectares of the coast were granted to a company, IGB Cambodia, earlier this year to develop an artificial beach.