Kampot Imposes Curfew in Fear of Covid-19 Spread From Casino 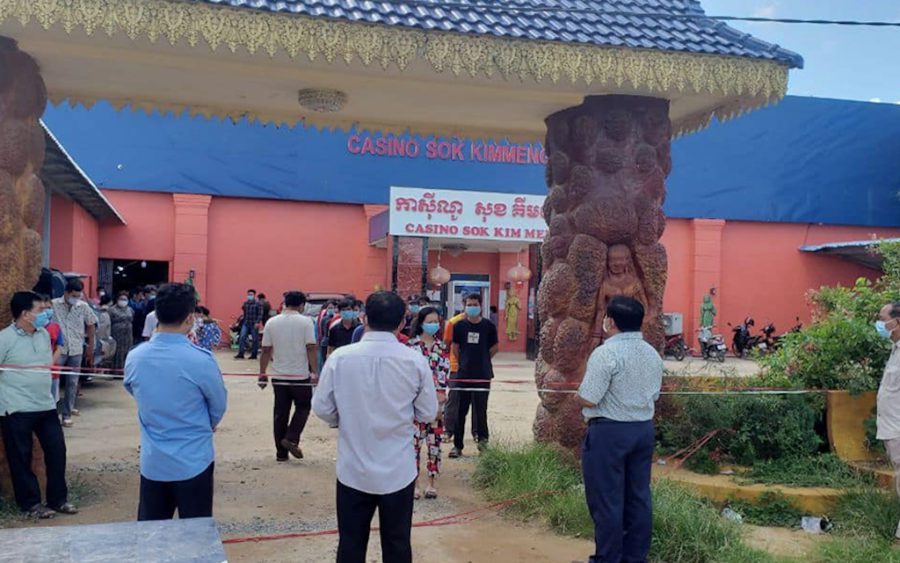 Kampot has imposed a province-wide curfew and ban on alcohol sales after more than 200 Covid-19 cases were found at a casino along the Vietnamese border, with an official saying there were fears that visitors who were in potential contact had spread across the province.

Kampot provincial administration chief Veth Vathana said the measures were necessary for the whole province due to the traffic of visitors to the casino in Kampong Trach district, at the Ton Hun border checkpoint.

It was “because of the spread from Ton Hun and those who visited there from every place,” Vathana said.

The province had three casino areas, but for now health officials have only found Covid-19 cases at the Sok Kim Meng casino at Ton Hun, he said. All casinos in the province have been temporarily closed down, he added.

Kampong Trach district chief Oun Khorn said he couldn’t comment as he had been off work for a few days because he was not feeling well. Provincial health department director Nhea Bunthan said he was busy.

In a statement issued on Tuesday, the provincial administration said alcohol sales were being halted at markets, marts, restaurants, coffee shops, food stalls and other businesses for one week until June 9.

Dining at restaurants and other establishments are banned from 8 p.m. to 5 a.m., with only takeaway allowed, and gatherings are only allowed at night among family members living together, for approved funerals, and for official activities.

Traffic is also suspended from 8 p.m. to 5 a.m. except for emergencies, commutes and goods transport, the statement says.

The provincial administration reported 56 cases at the Sok Kim Meng casino on Sunday, 112 more on Monday and Tuesday, and a further 60 cases there on Wednesday. The positive cases include both staff and clients.

Countrywide, the Health Ministry announced 750 new Covid-19 cases on Wednesday, the highest since May 4. Cambodia has now seen 31,460 cases since the start of the pandemic.