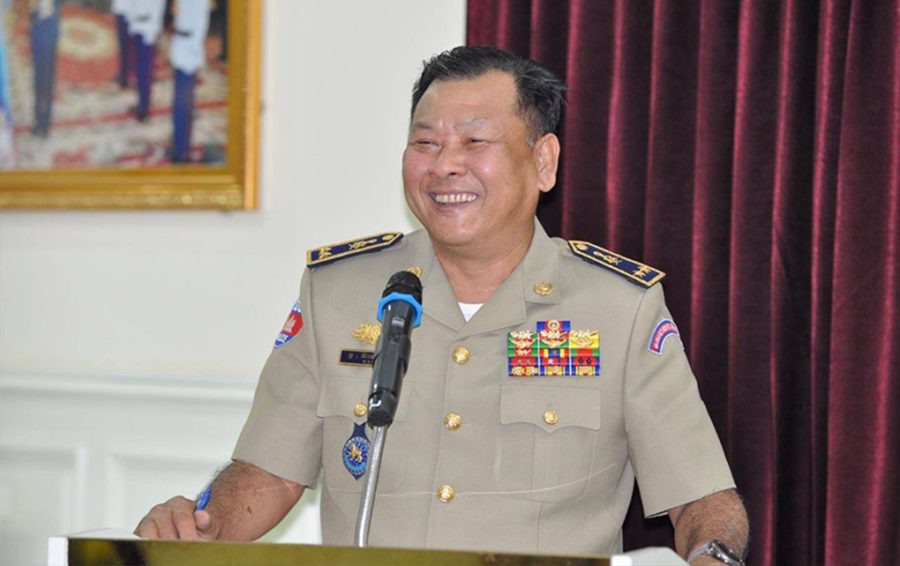 The April 19 complaint was given to local news website CPC and was ostensibly written by Kandal police subordinates. It is signed with thumbprints but no names and asks Interior Minister Sar Kheng to remove Chamroeun from his position.

The complaint lists 16 offenses, which also include taking bribes of $2,000 to $3,000 for promotions within the force, taking money from local lotteries, and giving family members jobs at the Chrey Thom border crossing with Vietnam.

Chamroeun rejected the accusations, saying it was retaliation for his crackdown on a major cockfighting ring in Sa’ang district a couple of weeks ago.

“It is just the grotesque language of those who want to defame us,” Chamroeun said, before adding that he needed to take a closer look at the accusations.

“I have not inspected it yet,” he said of the complaint. “How could I know?”

Interior Ministry spokesman Men Bunrith said the ministry had yet to receive the complaint and had accordingly taken no action.

However, Soeng Senkaruna, spokesman for rights group Adhoc, urged the ministry to investigate the accusations. One of Chamroeun’s deputies is himself currently under investigation for corruption, he noted.

Kandal police deputy chief Sreng Sokha is being investigated by the Anti-Corruption Unit after a Facebook post showed him apparently giving a Lexus and $100,000 in cash to his fiancé at an engagement party.

“Set up an independent investigative commission to go to the targets or find out information related to those officers’ complaints against their boss,” Senkaruna said.

“It would at least put them at ease.”