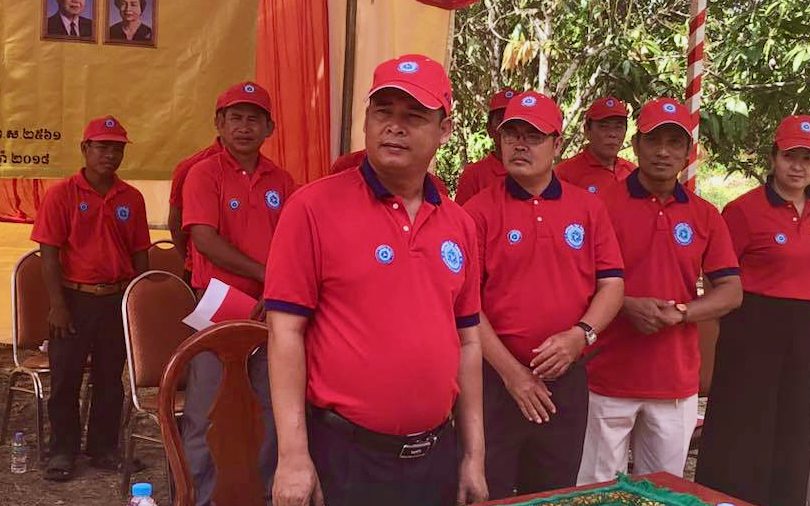 Kem Rithisith photographed in the run up to the 2018 national election. (Kem Rithisith’s Facebook)

The politician brother of murdered populist commentator Kem Ley and several opposition defectors — including from the Candlelight and Cambodia National Love parties — have been made government advisers by royal decree.

Seven are departed senior officials of the Cambodia National Love Party who resigned from their positions in the minor opposition party to take up Telecommunications Ministry jobs, urging their supporters to back the ruling CPP and leaving the party in limbo.

“There is nothing strange and this is normal,” said Kata on Thursday. “There isn’t much expectation and I have normal feelings and I am happy to participate in fulfilling work for the country and the Cambodian people through the CPP.”

Asked why he had created an opposition party two years ago only to defect to the ruling party, Kata said he had little more to add.

“I don’t want to discuss and answer this question further, because the question depends on what I said earlier that we see that the CPP has done work for the country and it has developed and it has true peace,” he said. “We will contribute to make it even stronger.”

Meanwhile, Kem Rithisith, brother of commentator Ley — who was gunned down at the Bokor Caltex gas station in broad daylight in 2016 — was also made government adviser with the rank equivalent to minister. Two officials from his Khmer United Party, Khy Menglin and Ly Bunnara, were also made advisers with ranks of secretary and undersecretary of state, respectively.

Rithisith could not be reached for comment. Two others, Candlelight Party elections secretary Kang Marady and Kin Kun, who could not be immediately identified, were also made advisers with ranks of secretary and undersecretary of state.