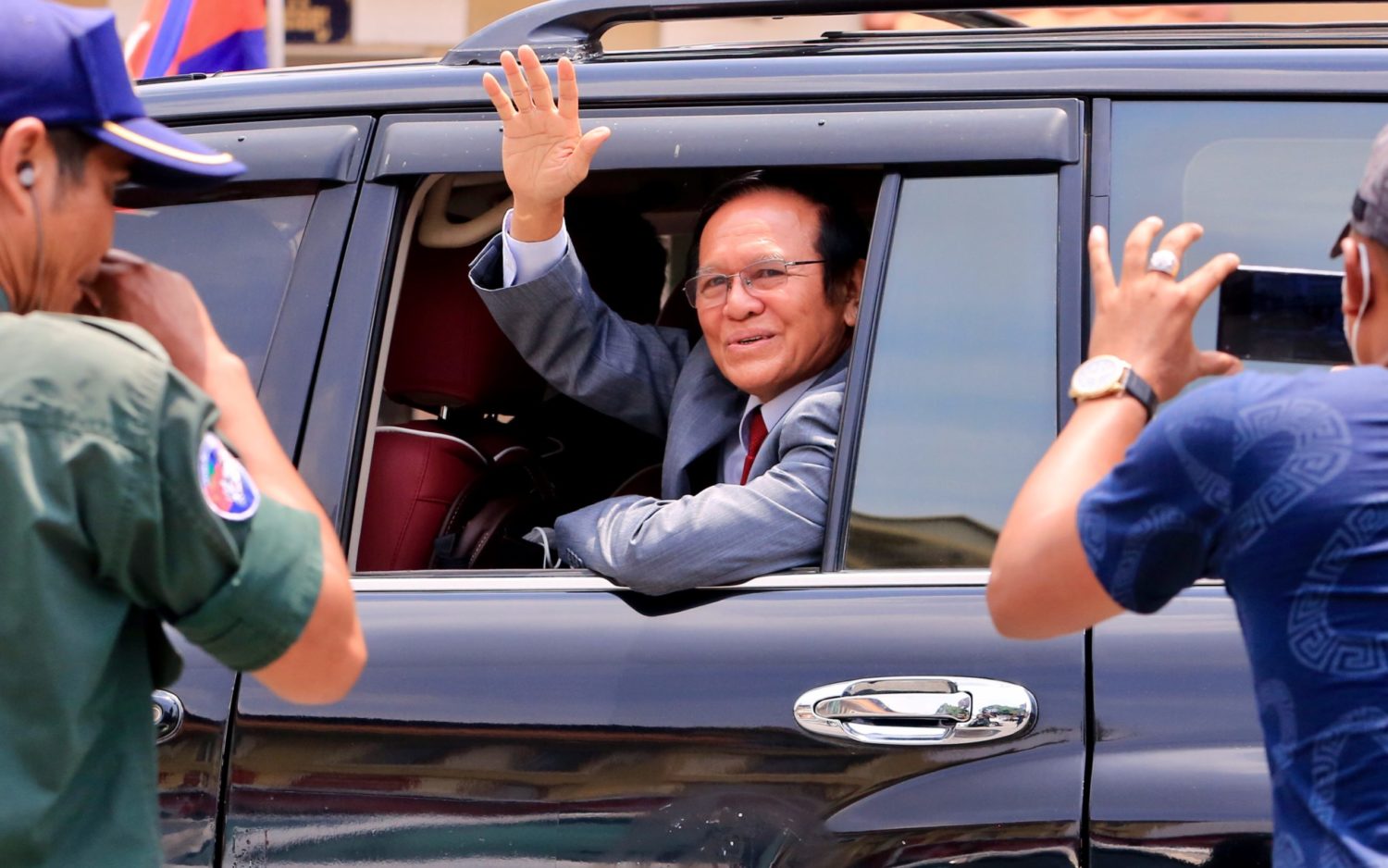 Sokha, former president of the CNRP, faced another session of his prolonged trial at the Phnom Penh Municipal Court. He was arrested in 2017 for allegedly colluding to topple the government. At the time, Prime Minister Hun Sen accused the U.S. of being behind the plot.

“I have seen that the full morning of trial turned into [a case] of conspiracy between me and Sam Rainsy, not a conspiracy with foreign power,” Sokha said.

Rainsy, Sokha’s co-founder in the CNRP, has been living in France with a slew of court convictions against him.

Sokha also asked why the Sam Rainsy Party — rebranded as the Candlelight Party — had been allowed to continue political activities if Rainsy was so bad. Candlelight came second in the June 5 commune vote.

Questioning during the morning hearing again focused on short videos of speeches made by Sokha and Rainsy. One of them, made in Kampong Speu, only showed Rainsy speaking.

Sokha questioned the use of a video in which he didn’t even speak as evidence.

Government lawyer Cheng Penghap asked Sokha how he would describe Rainsy’s characteristics, suggesting that Rainsy was violent and wanted to overthrow the government.

Sokha asked the court to ask Rainsy directly, and that he had only worked with Rainsy with the goal of electoral victory.

Defense lawyers did not speak to reporters after the hearing. The trial is set to resume on June 15.