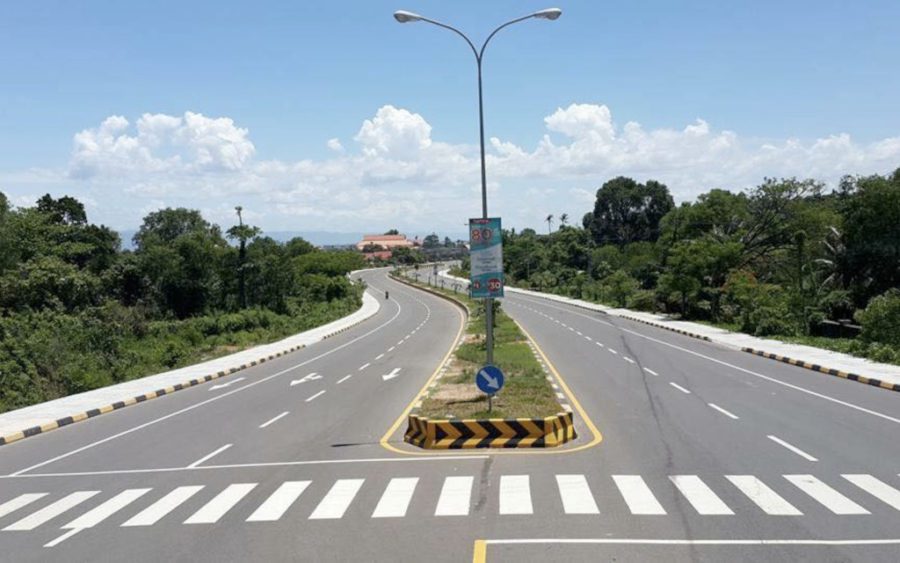 Roadside advertising in Kep province, in a photo posted to the provincial administration’s Facebook page.

Kep officials have decided that public advertising billboards in the province could be better used to disseminate Covid-19 safety guidelines, this week ordering the removal of private ads in public spaces for safety announcements.

The province released the diktat on June 7, ordering advertising on public billboards in the coastal province be taken down as of Wednesday, and replaced with educational material related to preventing the spread of Covid-19.

Provincial officials would not be held responsible if billboards, which had not been removed by the deadline, were damaged as they are being dismantled by authorities, the directive reads.

Though the directive said all advertising would be removed, deputy Kep governor Vao Sokha said every alternate billboard could still be used for advertising purposes.

“For example, with the billboards, on the first banner they can advertise their products, and on the second they join the authorities to disseminate Covid-19 measures to get more people aware. We do not do it like Kampong Speu; we do it differently,” Sokha said.

The deputy governor is referring to a Kampong Speu order last month to remove all beer and alcohol advertising billboards to beautify the province. Beer and alcohol billboards above restaurants and beer gardens are omnipresent across the country and are often provided by the alcohol brand to promote their products.

Chhun Chanvanthon, who heads the province’s administrative office, clarified that the order only applied to billboards in public areas and did not include advertising at private restaurants and other businesses.

The provincial administration of Kampot, Kep’s neighbor, announced 49 Covid-19 cases on Wednesday, 58 on Tuesday and 59 on Monday.