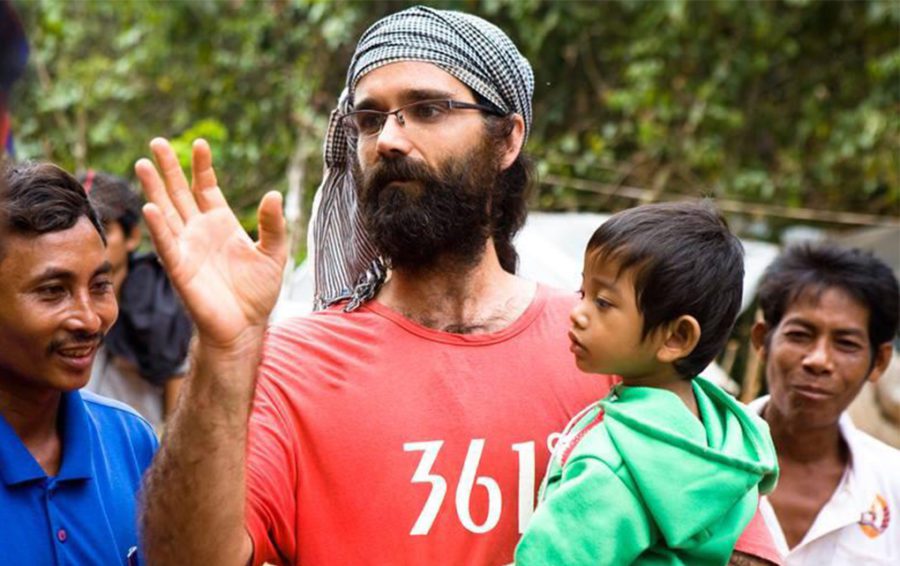 The Koh Kong Provincial Court has summoned the co-founder of the environmental activist group Mother Nature, Alejandro Gonzalez-Davidson, for a court hearing despite the fact that he was deported from Cambodia more than four years ago and has been repeatedly denied his requests to return.

In an April 25 court summons, deputy provincial prosecutor Iv Tray summoned Gonzalez-Davidson, a fluent Khmer speaker known widely as “Alex,” for a hearing at 8:30 a.m. on July 30 to give testimony on charges of being an accomplice to threats to destroy property under Articles 29 and 424 of Cambodia’s Criminal Code.

The alleged crimes occured from July 26 to 28 and August 12, 2015 — some five months after he was deported in February 2015 after a visa renewal was denied — in Botum Sakor district’s Andoung Teuk commune, appearing to refer to a Mother Nature campaign against sand dredging that led to the arrest of three activists.

Gonzalez-Davidson told VOD from Spain that he was pleased to have been summoned, after having repeatedly denied requests to return to Cambodia.

“I will apply for a visa again,” Gonzalez-Davidson said, adding that he had written many letters asking for the government to issue him a visa to face his charges.

“It will be the fifth time to [Interior Minister] Sar Kheng in order to remove my name from the blacklist so that I can ask for a visa — because, currently, if I ask, they won’t give me one,” he explained. “If there is no visa, or my name is still on the blacklist, I will still not be able to have the chance return to Cambodia.”

Gonzalez-Davidson has publicly maintained that he wishes to be allowed to return to Cambodia to face the trial and clear his name. In April 2016, the fiery activist also even took advantage of an apparent loophole in Cambodia’s multi-ministry visa system to briefly secure an 1-month online “E-visa” from the Foreign Affairs Ministry that was promptly revoked by the Interior Ministry once publicized.

Justice Minister Ang Vong Vathana last year told the Koh Kong Provincial Court to look into the inactivity in the case of the Mother Nature activists after noting that the case against Gonzalez-Davidson had not progressed since November 2015.