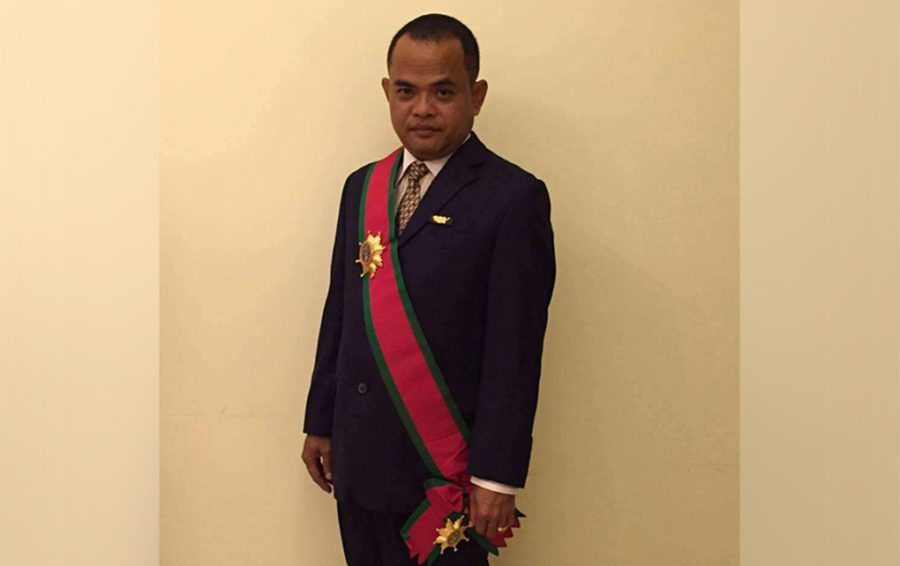 A Kompong Thom Provincial Court deputy prosecutor has been “temporarily suspended” from his job after being accused of illegally clearing of protected mangroves and flooded forest and in the province’s Kompong Svay district.

Justice Minister Ang Vong Vathana decided to suspend deputy prosecutor Chea Sovannthet from his job pending investigations into the matter, according to a letter dated April 22, after he was accused of clearing the land from April 13 to 17.

The case was being reviewed by one of the court’s investigating judges, said Vann Seng, the director of the provincial court’s administrative secretariat. However, Seng declined to comment further on the details of the alleged crime.

The investigating judge, Seng Bunna, could not be reached for comment.

Adhoc provincial coordinator Sok Ratha said urged authorities to properly investigate the case and prosecute the prosecutor to the full extent of the law — and not just wit the loss of his job — if he was deemed to be guilty.

“The institutions of law enforcement such as the courts, Appeal Court or Supreme Court have to take action against any officials or private individuals who violate any law or conspire [to commit crimes] in order to serve as a model to other officials and powerful persons,” Ratha said, calling for no light treatment.

“It’s not difficult to take action, to study this and find the truth and solve it. For the resolution, it is not enough just to ‘finish’ the issue with the offender staying free.”

Justice Ministry spokesman Chin Malin said the suspension of Sovannthet was to allow for a full court investigation before any further measures were taken.

He said there would be no special treatment for the court employee.

Deforestation and official complicity in the clearance of protected forests around Cambodia — usually on a much larger scale — has been one of the most pressing issues in the country over the past three decades. A 2017 World Bank report found that forest coverage in Cambodia had in the period between 2006 and 2014 alone decreased from about 60 percent to less than 47 percent of the country’s land.