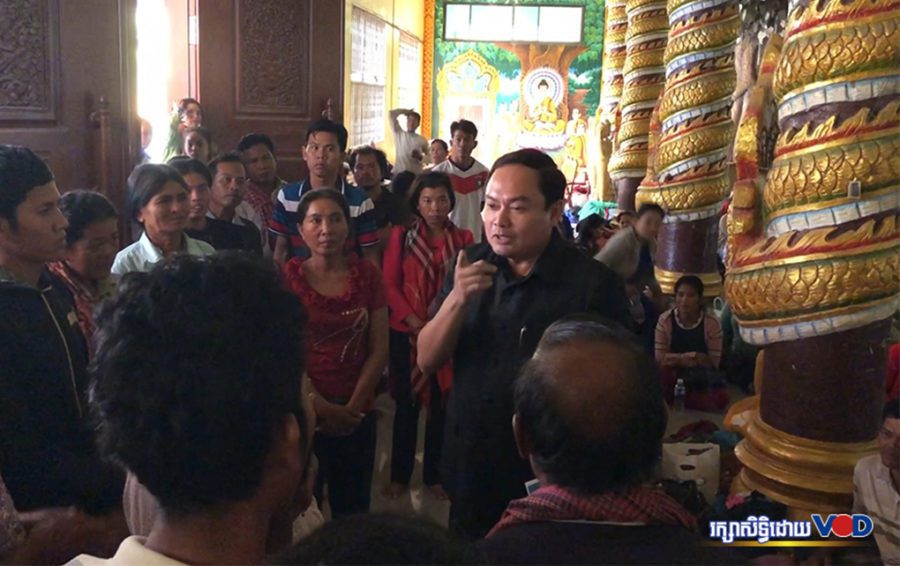 Villagers in Kratie province who were violently dispossessed by a rubber company linked to Prime Minister Hun Sen’s daughter, Hun Mana, have only a day left to accept as compensation land that is already occupied by others.

About 200 families from Snuol district’s Pi Thnou commune are still seeking a solution to a decade-old dispute with Memot Rubber Plantation, whose security personnel fired on villagers and destroyed their houses in March last year.

After almost a dozen protests in Phnom Penh over past years, the government in January offered a social land concession providing two hectares to each family.

Like much of the land in Cambodia, the area was officially classified as unowned “state land” by the government. However, the displaced villagers who hoped to find new homes found that the promised land was in fact already inhabited.

“The land that was offered has crops that belong to other people. What can we do? There are cashew nuts, durian, rubber trees, ta-ngen and pepper,” said Siv Ry, one the villagers. He added that he refused to himself seize land from others.

The Kratie provincial administration last week issued a letter warning that the government would rescind its offer if the families refused to occupy their allotted plots by Friday — even in spite of the pre-existing plantations at the location.

“Authorities keep pressuring us to accept and if we don’t accept, they will take it back,” Ry said. “But how could people dare to clear crops belonging to others?”

Yin Botum, the deputy chief of the provincial department of land management, said some villagers failed to even go view the offered land or attempt to settle on their allotted plots. They risked losing the compensation packages, he said.

An April 5 letter from the provincial administration said 689 of 878 families had already settled into their new plots, leaving only 189 now who were hold-outs.

A special taskforce sent from the provincial administration is currently stationed around the offered land to protect the safety of the people, it said, and added that the holdouts had until Friday before the state reclaimed their land.

As for cases where the offered plots were already occupied by cashew, rubber or fruit plantations, authorities were still working to find a solution, Botum said.

“If people still don’t agree to accept it and farm and clear [the land], they face having [the offer] taken back,” the deputy departmental chief said.

The original land possessed by the villagers was granted to Hun Mana, the daughter of the prime minister, as an economic land concession in 2008, according to Pi Thnou commune chief Bun Nhal.

“The authorities should not rescind their offers or pressure people to clash with each other,” Senkaruna said, calling for a more professional and consultative approach. “[They] should do clear research and hold discussions.”

“The land overlaps,” Dul said, adding that there had to be another solution. “We lost [our land]. If we now destroy what they have, where would they go?”