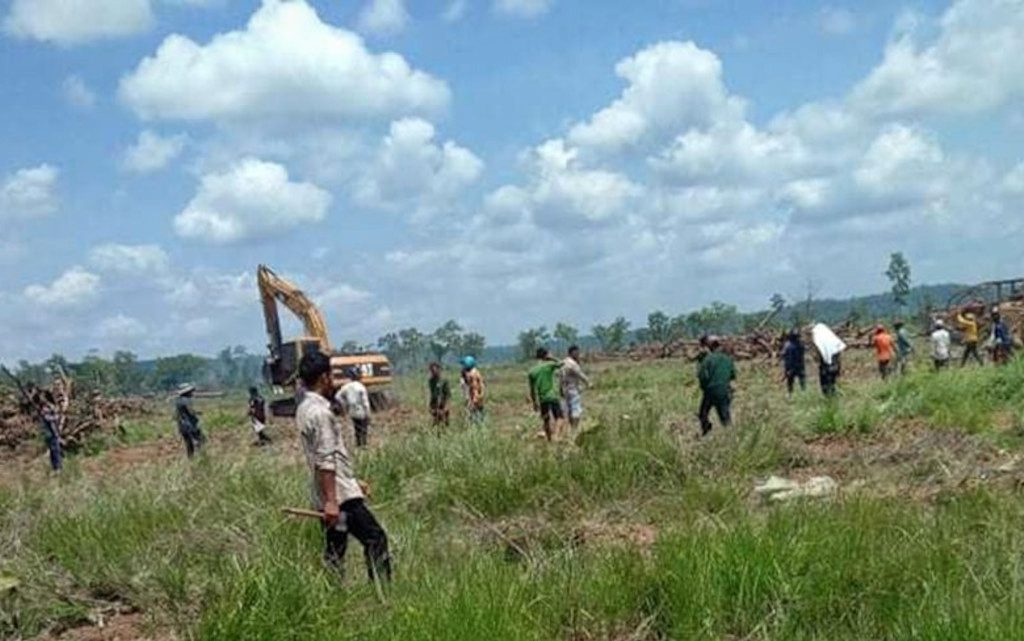 Residents in Kratie’s Sambor district blocked a local company from clearing land that they said they had bought for agricultural purposes, threatening to burn down equipment if the clearing continued.

Around 100 residents attempted to meet local authorities on Wednesday but were unable to talk to commune officials about the land clearings. They instead went to stop bulldozers that were clearing land they claimed to own. The residents said they were unaware of the company’s name.

Kith Chanthol, one of the affected residents, said he had bought 2 hectares of land at $200 a hectare in 2018. Around 200 other families had also bought land, some buying as much as 100 hectares of land for farming in the area.

“[We] went to the commune hall but they did not solve it. So we came to protest at the disputed site,” he said.

Chanthol said a person in charge of the clearing work had promised that representatives from the commune, district and province will meet them to find a solution on April 29.

“If on April 29 they do not follow the promise, the machinery has to be removed. If not removed, people will burn it,” he said.

Pov Rithy said his family had bought 100 hectares from indigenous people at $1,500 per hectare and have letters recognizing the purchase by the villagers and commune authority.

Kratie provincial governor Va Thorn said he has been informed of the protests on Thursday. According to his officials, people had bought land owned by the company and local authorities had illegally issued letters to certify the sale, he said.

The company had been given the rights by the government for many years to grow rubber trees but the company later decided to grow mai sak and acacia trees.