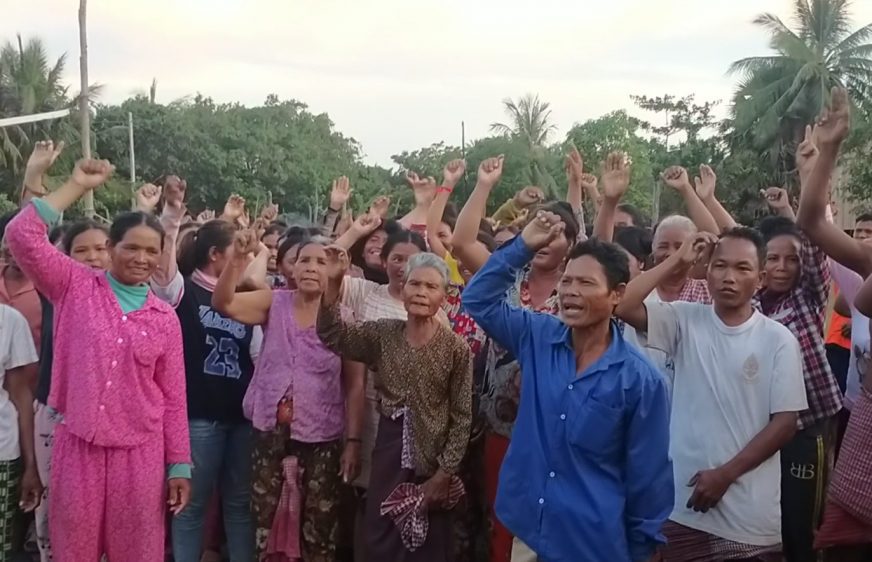 An indigenous community fighting a land dispute for the last decade again petitioned Kampong Thom provincial authorities to intervene and prevent a local company from clearing their land.

More than 100 indigenous Kuy families in Kampong Thom’s Ngorn commune have been pushing back against local company Sambath Platinum, which has cleared 700 hectares of land, village residents have said. The community says it uses around 1,000 hectares and the community is registered with the ministries of interior and rural development.

The community petitioned provincial authorities on June 29 asking them to stop the company from clearing their land and to draw clear boundaries between their 1,000-odd hectares and Sambath Platinum’s land.

They also want the authorities to intervene in a legal case filed against community representative Heng Saphen, who was arrested but was out of prison when VOD called her on Thursday.

Saphen said Thursday that issues and intimidation from the company and military police officers have continued unabated.

“Recently, I plowed my farmland and the company asked Kampong Thom police to threaten to seize my son’s tractor and imprison him for just working on our land,” she said.

Kampong Thom governor Nguon Ratanak could not be reached for comment on Thursday.

Uth Vannra, district governor for Sandan, where the conflict is taking place, said the district administration had received complaints from people to find a solution but now that they had filed a petition to the provincial level he will wait for an order from his superiors.

“I still continue to [find a] compromise for a solution over the case for people because they filed complaints at the provincial level and a lot more at other places,” he said.

According to a government document, Sambath Platinum was given 2,496 hectares of land in Boeng Per Wildlife Sanctuary in Meanchey commune in 2011.