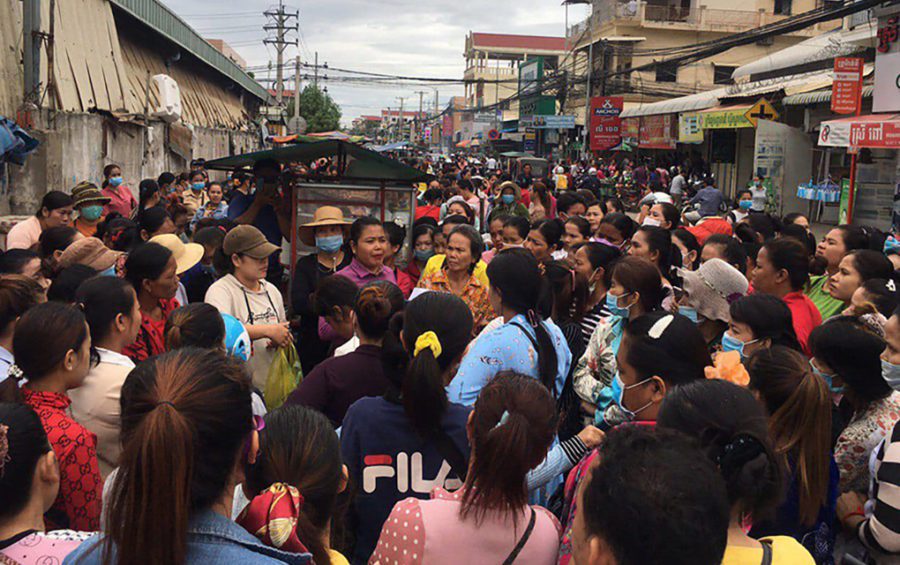 The Labor Ministry this week warned a labor leader and her union that it could be dissolved over her allegedly illegal incitement of workers to protest over a garment factory closure that left workers without contracts and compensation.

The same union, Cambodian Alliance of Trade Unions (CATU), and two rights groups were also accused by one of the nation’s largest banks of trying to damage financial institutions’ reputations.

About a thousand workers from Violet Apparel (Cambodia) Co., Ltd. in Phnom Penh’s Toek Thla commune protested at the factory on Wednesday, demanding benefits that the union said its members were owed after the company announced an immediate termination of their contracts, CATU president Yang Sophorn told VOD on Thursday.

Violet Apparel’s management had said the company would end workers’ contracts on Wednesday, saying there were no orders from buyers due to the Covid-19 pandemic and related economic crisis, after employees returned to the factory following a two-month work suspension, Sophorn said.

The workers were calling for additional compensation under the Labor Law, which was not promised by the company, the union leader added.

In a letter dated Wednesday, the Labor Ministry accused Sophorn of inciting and leading workers to hold an illegal protest at the shuttered factory.

The ministry letter said Sophorn had encouraged workers to threaten and put pressure on employers in order to get a settlement against the spirit of the Labor Law and related regulations.

The letter claimed that Sophorn led workers to hold activities that caused a traffic jam on the road into the factory and caused trouble for her own personal gain, which was against the law. The ministry also accused her of encouraging workers to gather, which went against the Health Ministry’s Covid-19 health safety guidelines.

“Starting from the day of receiving this warning letter, please immediately stop the above listed illegal activities. In case there is no change or defiance against this warning letter, your professional organization could face a complaint to dissolve or other actions under the law,” the letter states.

Speaking with VOD, Sophorn expressed her disappointment and denied the ministry’s accusations against her, saying that she had not incited workers or conducted illegal activities.

Based on the law, as the union’s leader, she had the right to meet with and find solutions for her members, Sophorn said.

Her presence at the factory on Wednesday was to meet, discuss and find a solution for union members because the company had promised workers final wages, severance pay and year-end bonuses, but they were also entitled to compensation for late notice of termination and damages, according to Sophorn.

“The letter was addressed to me and accused me strongly. It said I have threatened the employer and that I have incited workers to hold an illegal protest. So, at this point, I denied and can ask workers which one I incited and which employer I threatened,” she said. “I have never threatened anyone.”

She added, “If someone says something unreasonable and doesn’t allow me to respond…where is my freedom of speech? What happened to the law?”

Ung Chanthoeun, a union worker employed at Violet Apparel for 17 years, said Sophorn had not incited workers to protest, but came to meet them after they had started protesting over the termination of their contracts.

“I was there and Yang Sophorn did not incite or lead the protest. Workers were already gathered,” Chanthoeun said. “In this case, workers asked Ms. Sophorn to take their case to the Arbitration Council.”

Khun Tharo, a program manager at labor rights group Central, said the ministry’s warning letter to Sophorn was a kind of threat to union leaders who participate in protests and a violation of basic labor rights.

“The ministry should conduct an inspection or urge employers to fulfill their legal duties properly,” Tharo said.

Sophorn’s union, CATU, and rights groups Licadho and Central said in a report this week that tens of thousands of garment workers, who are facing slashed work hours and wages amid the global economic downturn, will struggle to repay mounting microfinance debt. The organizations cited a survey of more than 150 microloan-holding CATU workers, the majority of whom said they were already eating less food or had taken another loan to repay their debts.

“Garment workers have worked tirelessly to provide food for their families,” Sophorn said in a statement released with the report on Tuesday. “Now they can barely afford to feed themselves. Without debt relief or social protections, I’m worried that things are going to get worse and worse for these workers.”

On Thursday, Acleda Bank, which offers microloans, issued a statement in response to Tuesday’s report from CATU, Central and Licadho, accusing the civil society groups of trying to infringe on people’s rights and dignity, confusing those using financial services and claiming the groups were causing social disorder in order to gain benefits from donors.

Acleda said the report lacked professional research and an understanding of banking and financial laws, as well as affected the reputation of the bank and other financial institutions.

The report has “incomprehensive information” and “does not reflect the real situation” of the country, Acleda said.

Acleda appealed to the groups to cease their research activities, which have critically examined the microfinance sector, and to authorities to “take legal action against any person or group that incites to cause instability,” and harms the national economy and investor confidence.

Licadho’s monitoring manager Am Sam Ath told VOD on Friday that the survey of union workers was conducted after seeing the impacts on workers after they were suspended from work.

The civil society groups’ report aimed to bring more attention to the effects on workers while they were facing an economic crisis, Sam Ath said, adding that he was not worried about any legal action from Acleda.

“We are not afraid over the statement to take action because in that statement, it did not point at the three civil society groups. It points to any person who incited and caused negative impacts on the banks and microfinance institutions,” said Sam Ath, explaining that the groups had not caused harm.

On Friday, the Cambodia Microfinance Association (CMA) issued a statement criticizing a separate May report from Licadho that highlighted the experience of one village in Banteay Meanchey province with microfinance debt and cross-border migration.

CMA said it had reinterviewed two of the villagers who Licadho spoke with last year — even though the rights organization did not disclose the subjects’ identities nor the village where they live — and found “irregularities” in their stories compared to what Licadho’s report detailed.

“In addition to the irregularities, from CMA’s observation and interviews, villagers and local authority, all claimed that formal loan service from MFIs was crucial in improving everyday economic activities and livelihood of the people in the area which also contributed to community development. The claim is completely opposite from LICADHO’s report conclusions,” the industry association said.

Licadho’s director Naly Pilorge said on Friday that the group stood by their research methodology, findings and recommendations, and respected the wish of people interviewed by the group last year to remain anonymous.

“We take this opportunity to once again urge the CMA to conduct an independent, countrywide survey of indebted borrowers and publish the results publicly,” Pilorge said. 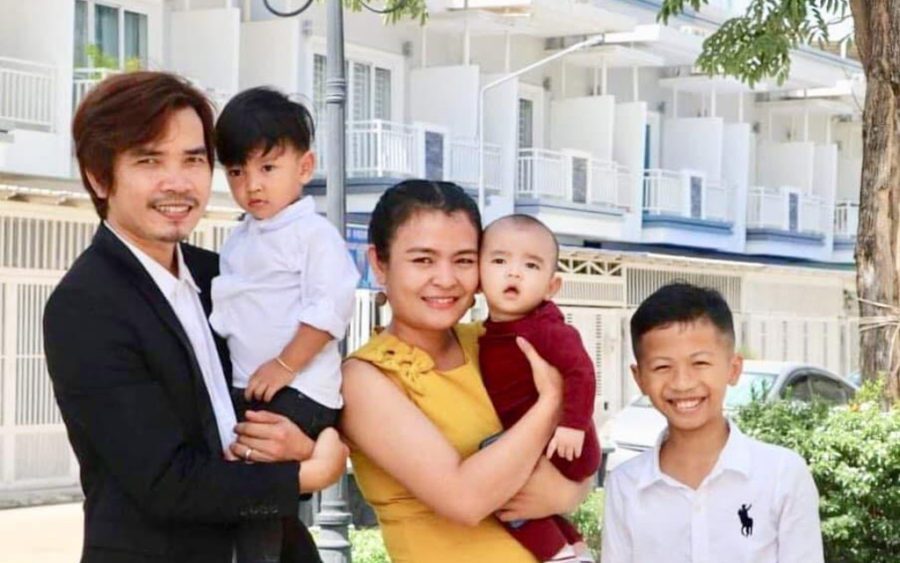