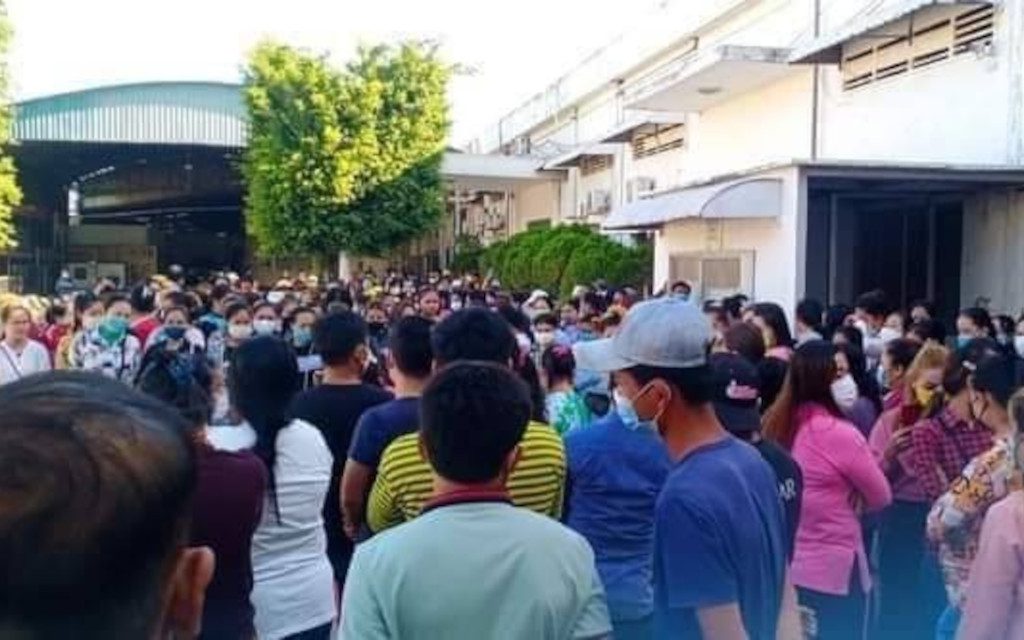 Hundreds of workers protested outside Phnom Penh’s Roo Hsing Garment factory alleging insufficient compensation for more than 1,000 workers who were laid off.

The protest has been ongoing for around a week, said worker Chhon Sreyny, 29, who has worked at the Russei Keo district factory for nine years.

She believed the factory owed them five points of compensation, but had provided only two. She added that the bulk of workers had been fired since the start of this month, and the factory should be considered as closing down.

“When the factory closes immediately, it hurts. We suddenly cannot go to work and it affects our finances,” she said on Monday. “I want the company to provide us with legal compensation. We do not want anything more than what is legal.”

Some 1,200 workers had been fired in two rounds of immediate layoffs, Chea alleged.

Roo Hsing’s administrative director Lak Dara Mony, however, said the workers had been given two months’ notice, and the layoffs were simply because the factory had no orders.

“The factory has no customers,” Dara Mony said. “If we feed a lot of staff, we won’t have the money to give them. The boss has no money, no income. We terminated them, but we informed them correctly.”

He declined to say whether the factory was closing down.

Workers said the case was currently before the Arbitration Council, but council chairman Ben Savath did not respond to questions about the case.

According to the Garment Manufacturers Association in Cambodia, the factory, in Toul Sangke I commune, is Taiwanese-owned and had as many as 2,000 workers producing pants, skirts and jackets.