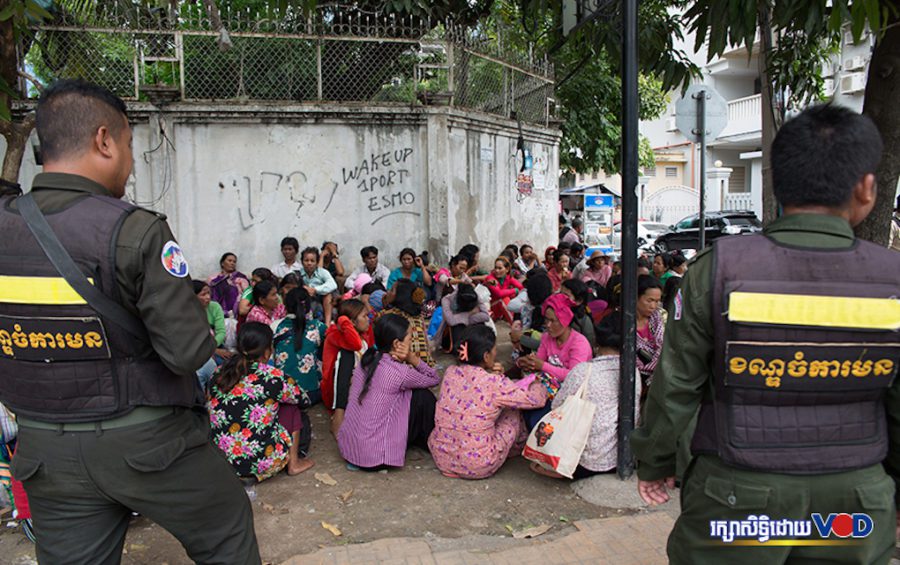 The Land Ministry this afternoon rejected the claims of about 100 land protestors from Koh Kong province protesting outside the ministry in Phnom Penh and requested that legal action be taken against them.

In a statement, the ministry said 987 families involved in a land dispute with sugarcane plantations in Koh Kong had already been compensated.

It claimed the current group of protestors were not part of the dispute, and asked for legal action against them.

The protestors, however, said they represented 197 families who had lost their land to the Heng Huy plantation in Sre Ambel district and never received compensation. A local rights group said the ministry appeared to be confusing two different cases.

“We won’t give up the protest,” said Det Huor. “Over the next three days, if they don’t give clear information to us, we will come to protest in front of the ministry again.”

A petition prepared by the protestors sought $7,000 in compensation for each family, and to have 421 hectares of Heng Huy’s plantation divided among the families. The dispute has been ongoing since 2007, the petition said.

The families would now need to take their case to the courts, Sothy said.

“Heng Huy has a proper land title,” he said.

However, Hour In, the local coordinator for rights group Licadho, said authorities seemed to be confusing two separate cases.

The 197 families still protesting were in a dispute with Heng Huy, which was nearby but separate, In said.

“These two cases are different,” In said. “The ministry should study this and clearly investigate it first. It shouldn’t rush into issuing a statement to have legal action taken against the people.”

In said he now feared for the protestors’ safety.

“They will really face a court complaint and face imprisonment,” he said.

The Heng Huy plantation could not be reached for comment.