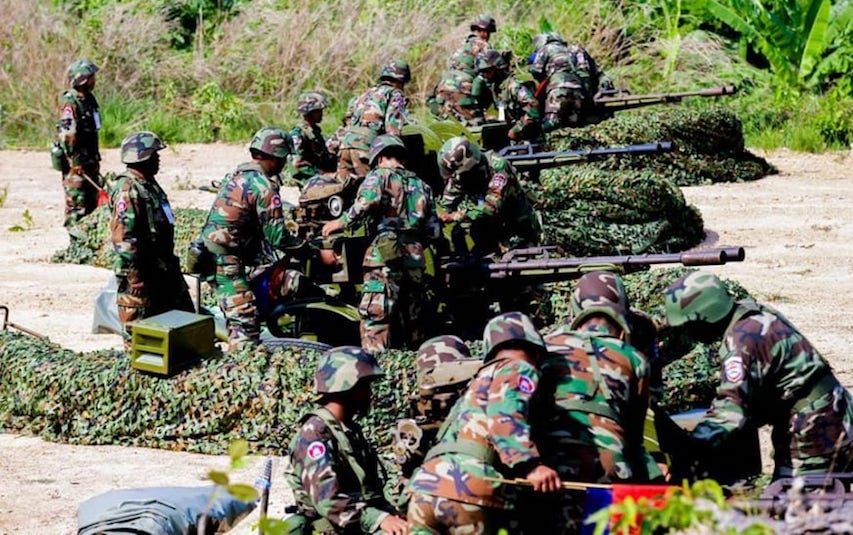 Laotian troops have been encroaching on Cambodian territory in the border province of Preah Vihear for more than a week, with Laos claiming the territory as its own, military officials said on Friday.

However, the situation was stable as Cambodian Army commander Hun Manet led negotiations to resolve the dispute, they said.

But Cambodia is disputing Laos’s claims, Phalla said, stressing that the situation was a “negotiation” and not a “confrontation.”

“By this time, [Hun Manet] has returned from the negotiations and leaders have met together already. We try to avoid a clash on both sides, but we are waiting to see the actual situation,” he added.

Phalla said the area in question had soldiers stationed there, but was uninhabited by civilians.

However, a Facebook post on Friday from Information Minister Khieu Kanharith — which was later removed — said neighboring Choam Ksan district had been notified on Thursday to be prepared.

Citing the Preah Vihear provincial information department, the post said that Srey Deok, commander of the army’s 3rd Intervention Division, met with local authorities in Choam Ksan and told them to “be ready to evacuate civilians from four villages in two communes” if ordered.

The post said Laos and Cambodia had both increased their troop numbers.

Deok on Friday confirmed that Manet was leading negotiations on the border and said the situation was stable. However, he denied there were any preparations to evacuate civilians.

In February, the two nations agreed to fast-track plans to request maps and related documents from France, which granted them independence in the 1950s, in an effort to settle the countries’ border disputes.

Manet, Hun Sen’s eldest son who is tipped as his possible successor, was promoted to army commander, the second-most powerful position in the military, last year.