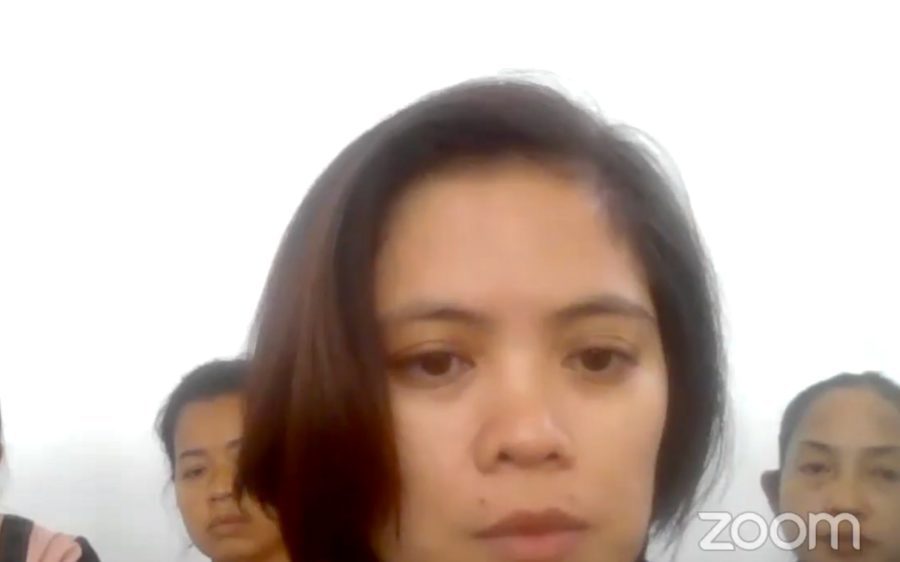 The rights group confirmed the release Thursday afternoon, which followed a statement issued by the Ministry of Labor announcing the trio would be granted bail. Defense lawyer Choung Chou Ngy told VOD he went to the prison with relatives of the prisoners to pick them up in the afternoon. However, he could not get them, and the trio were brought home by prison officers.

The three remained in prison after eight leaders and members of the Labor Rights Supported Union (LRSU), including union president Chhim Sithar, were released Monday night. The leaders had earlier written letters requesting bail in which they also urged their fellow members to stop their protest.

However, rank-and-file LRSU members kept up the strike through the week, demanding the release of the remaining three prisoners. Police also continued detaining workers by dragging and shoving them into buses, citing Covid-19 measures and bringing them to a quarantine center in Prek Pnov district.

On Thursday, 27 workers went to protest outside the NagaWorld complex in central Phnom Penh. Police detained them yet again and brought them to quarantine. They were released just before 5 p.m. along with 199 other workers who had been similarly detained on Wednesday afternoon.

That same day, NagaWorld unionists discussed the legal pressure on their protest in an afternoon press conference conducted online, in which the imprisoned union leaders discussed the more than two months they spent in pretrial detention at Prey Sar prison.

The conference, held before the release of the last three imprisoned union members, also covered the group’s next moves for negotiation.

“When we got out from prison, we wanted to solve this for both sides to win,” said union president Chhim Sithar.

The leaders said at the event they would not negotiate until the final trio was released, though Sithar said the group would “negotiate as fast” as they could once the prisoners were released. The three workers at PJ Prison were released after the press conference concluded.

Sithar also complained that after she was released from prison, the Labor Ministry called the formerly imprisoned unionists for a meeting which they did not have time to prepare for.

Though the ministry also has repeatedly requested the striking unionists end their protest, members have said they will continue their action until the dispute is resolved. Earlier this week, the ministry approved registration for a new union at NagaWorld, a move that was roundly criticized by laid-off workers as likely to raise tension in the long-running conflict.

Before she was released from detention, union member Toun Youry told VOD from the quarantine center that she would not trust another union, which she said would carry out the wishes of NagaWorld management.

“Union leaders negotiate, but they can’t convince us to stop striking,” Youry said. “I don’t believe in a new union formed under the company. We want a union that is independent, one that can protect us.”

Sithar, in an interview with VOD on Wednesday, had called the new union an “instant noodle” organization and questioned their willingness to fight for workers’ rights.