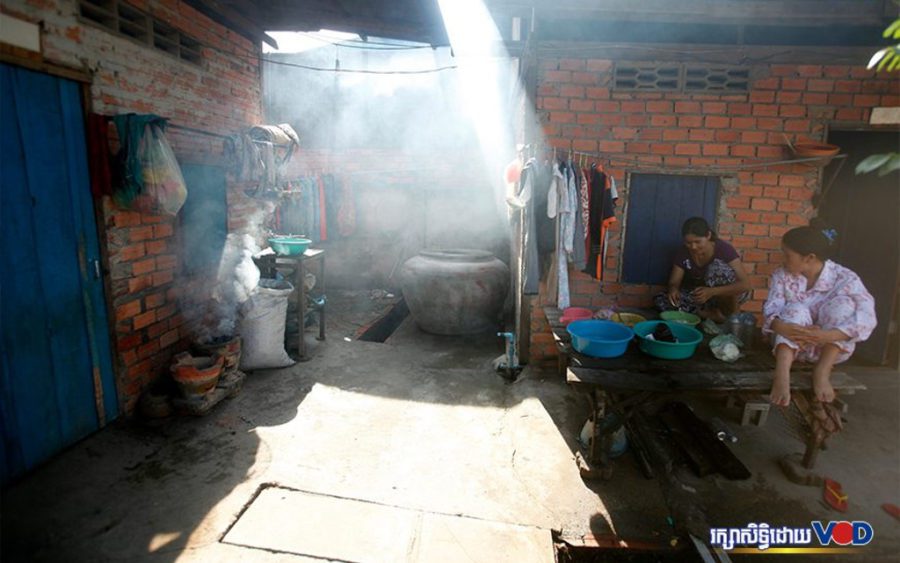 Prime Minister Hun Sen on Thursday told local administrations to stop landlords from increasing rents on garment workers so they can benefit from the $8 rise in their monthly minimum wage.

Hun Sen made the order at a graduation ceremony in Phnom Penh after workers protested in the capital’s Pur Senchey district last week against a landlord raising rents at a workers’ accommodation.

“Workers’ wages increased by only $8. If we increase [rents] by $10, [their incomes] will shrink,” Hun Sen said. “Local authorities must work with landlords to make sure that when wages increase, the workers get a real benefit.”

Following negotiations between unions, employers and the government earlier this year, the minimum wage for garment workers was raised from $182 to $190, effective from 2020.

Phnom Penh municipal spokesman Meth Measpheakdey said City Hall would implement the order by first telling landlords not to raise their rents, then stepping in if they still did.

“If we get information about [landlords] secretly increasing the price, we will immediately intervene,” Measpheakdey said, though he did not elaborate on what actions City Hall might take against nonconforming landlords.

Cambodian Labor Confederation president Ath Thorn said he hoped local authorities would actually take some action, because words alone had failed to stem rent increases in the past.

“If there is no action, I think landlords won’t obey, because there is no duty to,” Thorn said. “I think it could be difficult.”

At the site of last week’s protests in Pur Senchey, landlord Eang Angkearith said he had decided against raising rents on his tenants after a discussion with local authorities. He said he had proposed an increase of $5, while protesting workers said he had told them $10.

However, he defended his proposed increase, saying he had spent a lot of money fixing up the accommodations and had to meet loan repayments.

Moeun Tola, head of labor group Central, said Hun Sen’s order would likely be a popular one if local authorities are able to enforce it.

“[Garment] workers are a big force that make a difference in votes. But a promise alone is not so effective,” Tola said.